Barring incident, Back of the Ferry will be checking in its 7000th @Untappd unique in about 15 minutes.

We have tried to mark the milestones along the way, but as is often the BotF way – that has also been haphazard

8 months after it all began, we marked 400 with a trip on the Back of the Ferry. I think we posted because I wanted to write about Coopers Extra Stout.

Another odd number, but a great check-in at the original 4 Pines BrewPub when they celebrated National Days with more gusto than they do today.

The stars aligned with a ferry trip, a visit to 4 Pines and a celebration at the Cantina. And all on the 3rd anniversary of the Back of the Ferry blog. It was a check-in frenzy in the lead up to the 1000th, a 15% barleywine from Murray’s.

Our 1500th unique was celebrated away from the Ferry and Manly. Instead we found ourselves Beyond the Bends on the Insular Peninsula. BeerPorn was becoming a focus for the blog and our check-ins. The sight of a BotF correspondent crouching with intent in front of a bottle beer has intrigued bystanders and annoyed/bemused our children/DSEs many times over the years There was a fair amount of planning for this milestone. @Untappd badges aren’t a big focus for us, but the Founders Badge for an Australian is a pretty big deal. It is awarded for checking in a beer at a bar in Santa Monica and the Pony Bar in NYC. I achieved the second leg in conjunction with the 2000th unique (which was horrible BTW). Inductee #78 was in attendance, but hadn’t been inducted yet.

Like our posting in general, our milestone postings became more sporadic (or I can’t find the posts). 4000 was celebrated as it should be on the Back of the Ferry. The original crew (Inductees #1, #2, #3 and #4) all made it aboard. A friend of the blog brewed our 4000th. Doctor’s Orders (currently in a “brewing hiatus”) makes great beer and always says Gidday at Sweeney’s

Well as the badge says, 5000 check-ins is Epic. So was the celebration. A throng of family, friends and inductees joined the three check-inerers(?) on the Back of the Ferry to witness a ceremonial downing of the 5000th unique from a growler. Amazingly, Inductee #78 doubled up on his attendance at 2000 in NYC, with an appearance on the boat. No mean feat given he lived in NZ and now Melbourne. 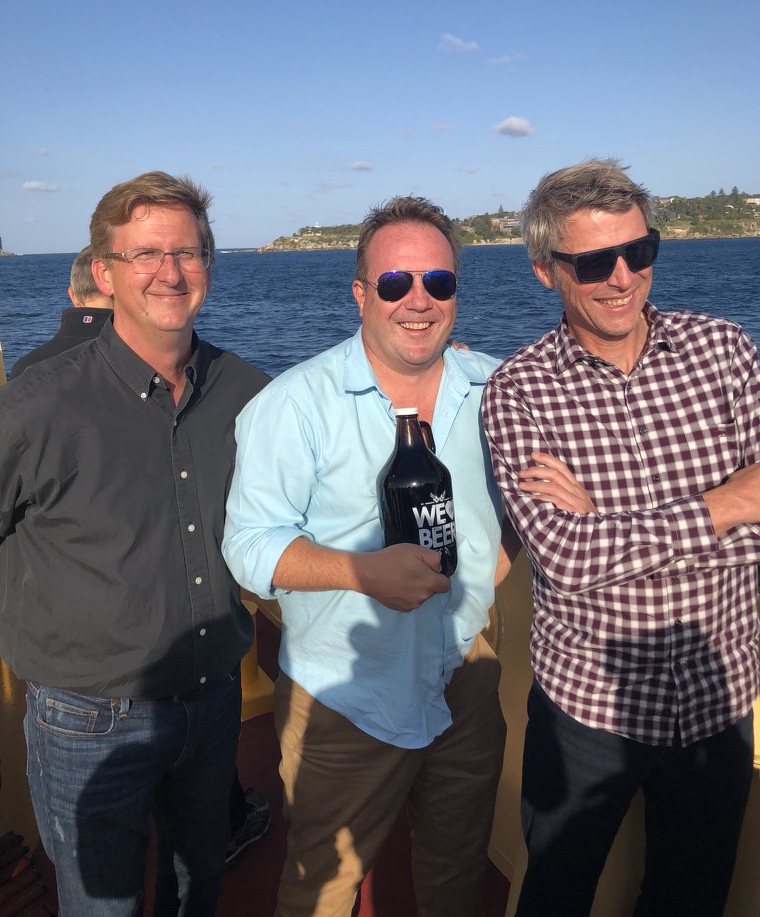 After the hullabaloo over the 5000th unique, the 6000th was a little ho hum. We are lucky travellers on the #worldsbestcommute – every trip is enjoyable. The 6000th was almost like another voyage. There’s the usual pfaffery of taking the Back of the Ferry instagram shot (not related to beer) and checking in the unique, but generally we just enjoyed the trip home. So now onto 7000.