Started this post in February when the world was a different place. Maybe a long time before I‘d visit NYC again. 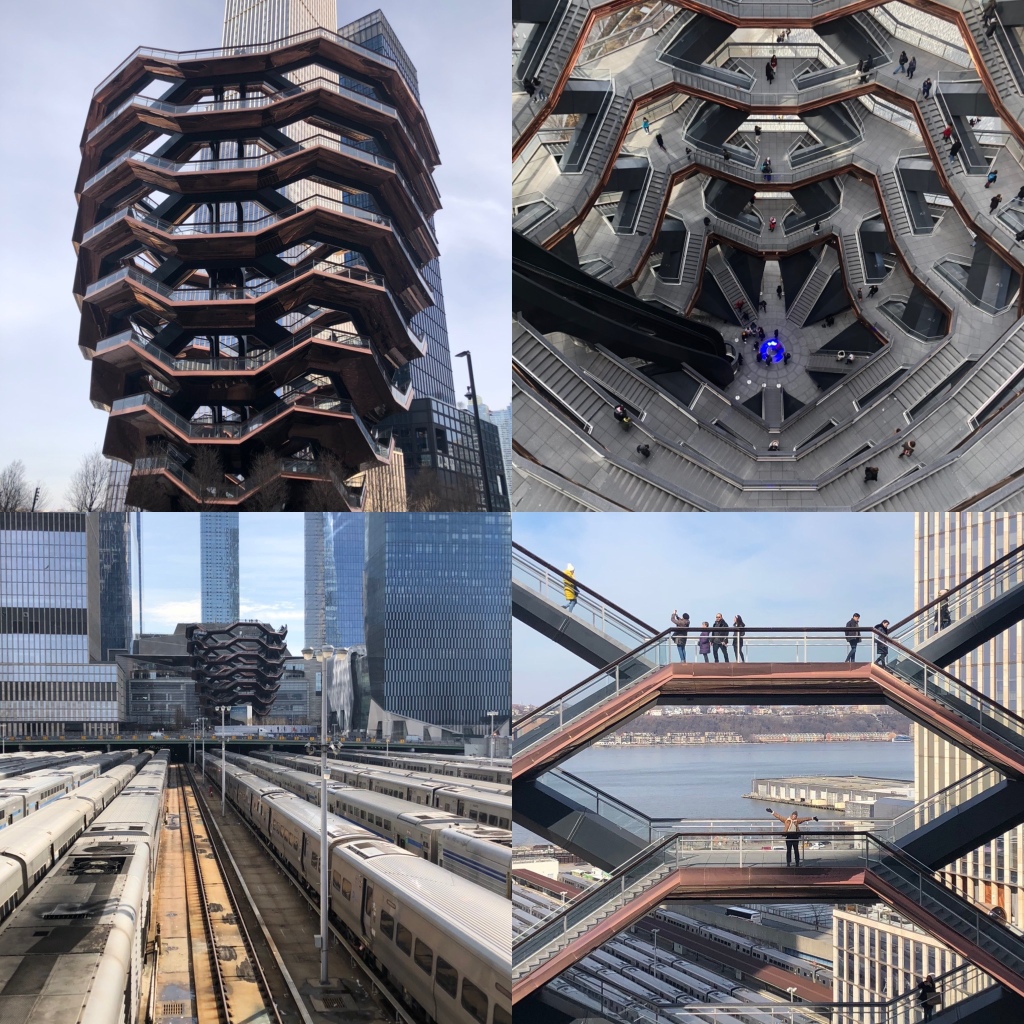 Scenes of the Vessel

Manhattan is the epicentre of New York City. Yes, there are four other Boroughs (Queens, The Bronx, Brooklyn and Staten Island), but Manhattan is the brightest of bright stars. One of the newer attractions is The High Line, which is a 2.3km elevated walkway that utilises an railroad spur that ran through a previously very industrial part of West Manhattan ending up in Hudson Yards. The High Line runs through eclectic and modern apartments and has viewing platforms, art installations and urban gardens along the way. Fabulous.

The High Line ends at Hudson Yards, which used to be centred around a rail yard, but is now the site of a huge urban development with new skyscrapers, residential towers and railway stations being built. On of the developments is a USD$200m extravagance called the Vessel. It is a 16 stories of interlinking staircases and platforms. Great views and good fun.

Much of the High Line runs along 10th Avenue and some of the old buildings near 28th St have been preserved. Fortuitously in one of these buildings is Manhattan’s only brewery – Death Ave Brewing Co. The morbid name comes from the days when freight trains ran along 10th Avenue. So many people were killed, they had to employ “cowboys” to ride in front of the train to wave away pedestrians.

The area is quite chic these days and the Death Ave Brewery Co is a very stylish venue inside and out. Upmarket food mostly, but when I see Chili on a menu, it is game over. Tasters are offered and there’s 6 beers to choose from. Apparently brewer on the premises, but there’s no sight of Brewing equipment. Next door there’s a taproom, but we were too early for that. 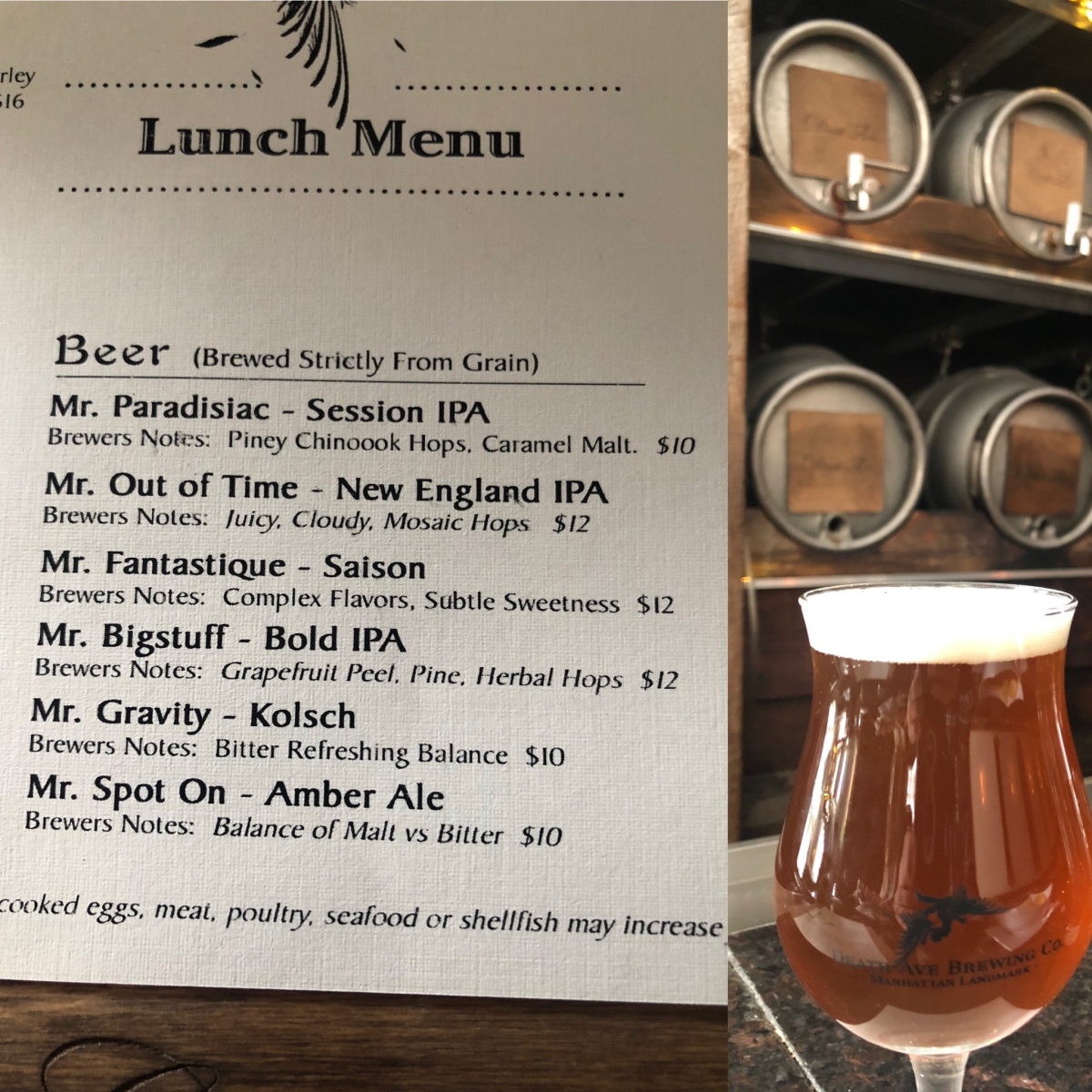 With more coin and a better exchange rate, I’d return to Death Ave for a big feed, but I fear it may be a few years before I return. I hope not.