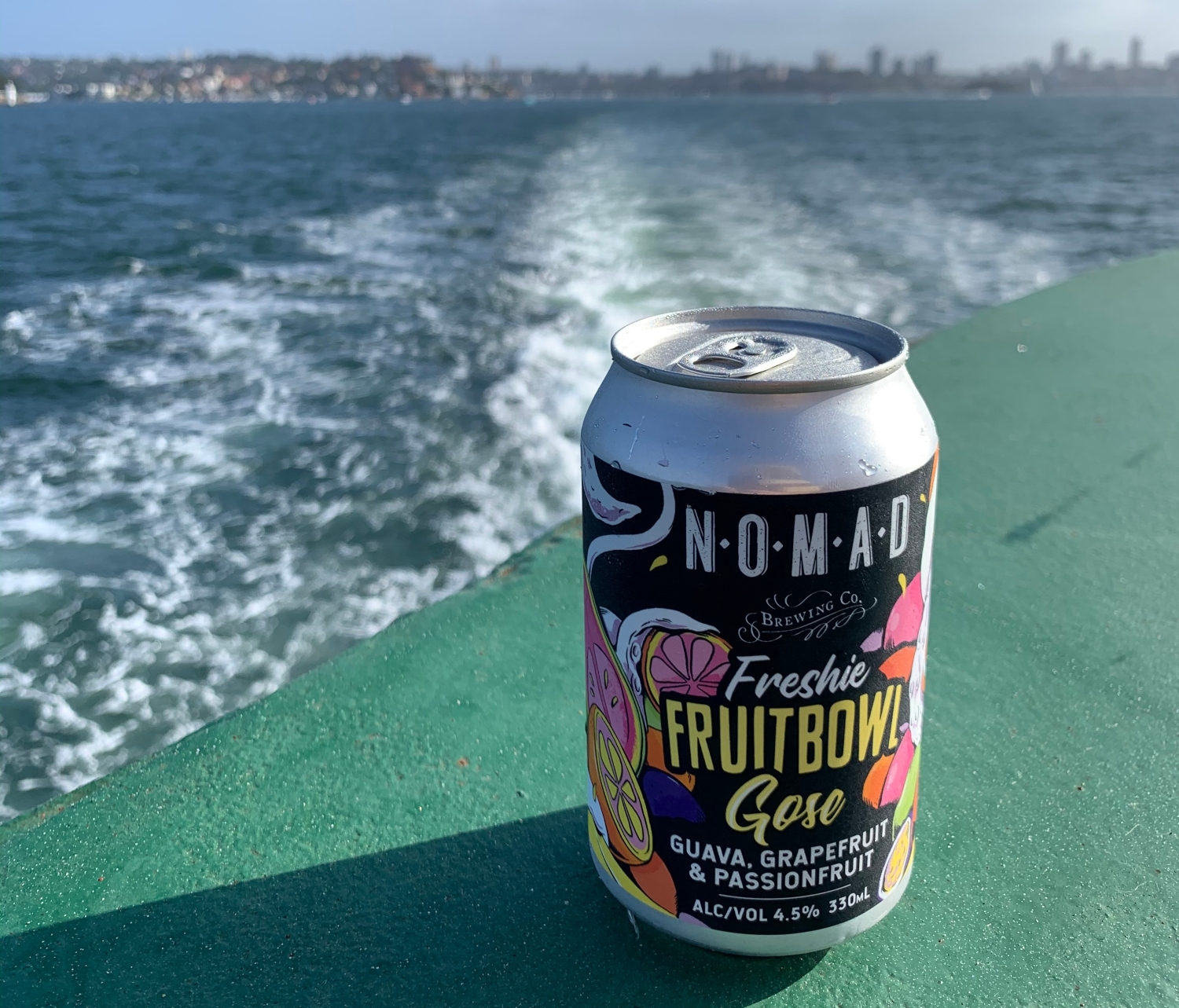 With your correspondents having been travelling far and wide lately, it has been a long time between orange whips on the back of the ferry. What better way to get back in our stride than with the latest #beermail from our friends at Nomads Brewing.

The harbour was resplendent in the summer afternoon sunshine and had seemed to have shaken off the hangover of the disastrous summer fires and the succeeding biblical rainfall and storms.

We were so keen to get started we cracked the first tin, the Yeastie Boys Spritely Lemonade Berliner, just seconds after etiquette allowed (it is a breach of botf etiquette to crack your first beer prior to the ropes being let go at Circular Quay). The Spritely has a light tartness and the lemonade really works.


The second tin was the Nomad Saltpan Cerveza. As we passed Pinchgut this resonated with a super refreshing  margerita salt tang.

Sydney Harbour is doubly wonderful because it is a working harbour. It is cruise boat season and often the capacity to berth some of these behemoths is maxed out. As we passed the zoo, a large example from the Royal Caribbean line provided a wonderful backdrop for our next tin, Nomad Berry Sour IPA. This is a great beer. Fruity as Nanna’s fruit punch.

As we entered the fourth quarter of our commute, with our destination in sight, we sampled the Nomad Freshie Fruitbowl Gose. This was a beer to savour with your correspondents having to bounce around a few opinions. Fruit trumps gose.