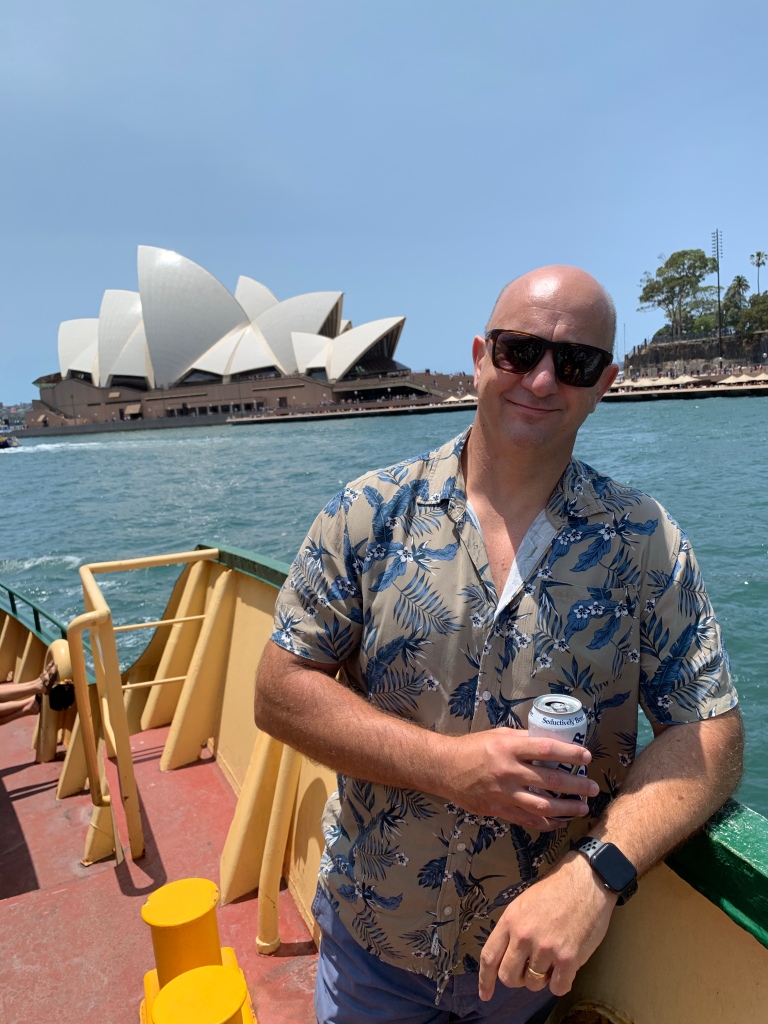 Despite living a number of bridges away, Peter spends plenty of time in the insular peninsula. Normally he drives because he has a surfboard with him. He’s also just started work in an office overlooking Wharf 3 Circular Quay. Apparently Peter has turned his desk to face the view and has his back to his team.

Peter is a passionate partaker of craft beer and has left no stone unturned in pursuit of every Southern Suburb craft brewery. Also an enthusiastic participant in our recent tour of mid North Coast craft breweries. 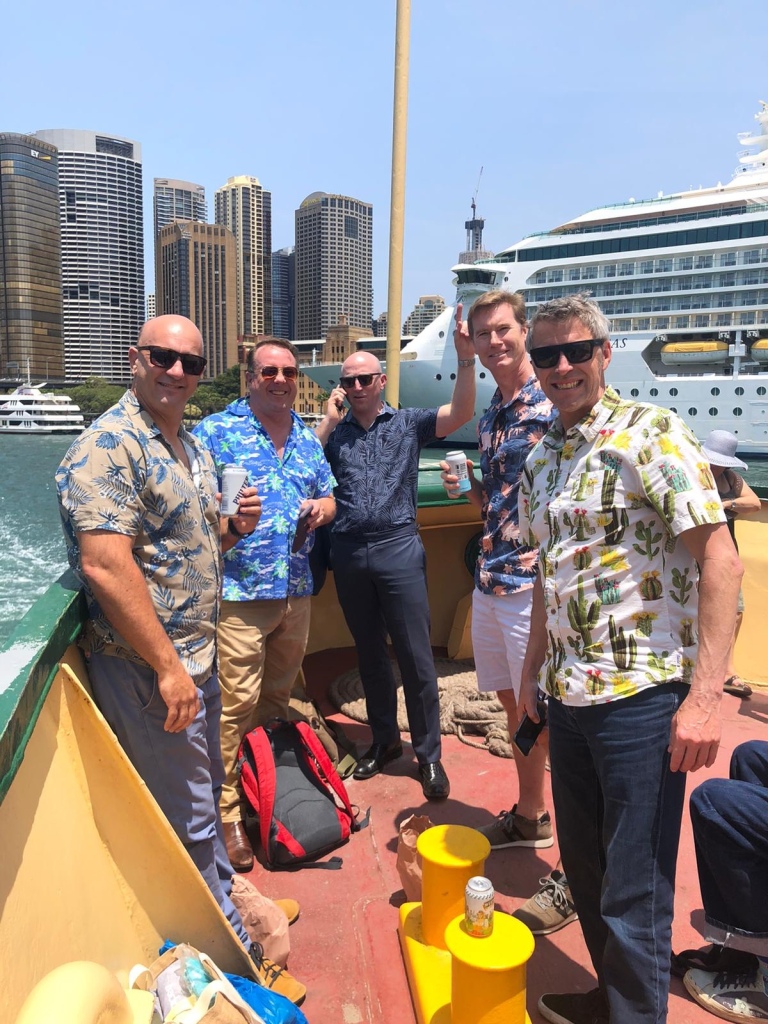 Peter (L) and other idiots

The induction ceremony was performed by Inductees #1, #2, #90 and #101. Post induction rituals were held at the Manly Skiff Club.