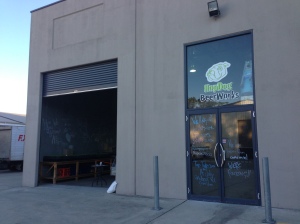 This correspondent is lucky to be spending some time on a farm near the historic southern coastal village of Milton. Lucky because the weather is clear, the views are panoramic from mountain to sea and I’m only about 50 clicks from the front door of one of my favourite breweries – HopDog Brew Works. The only issue with HopDog is that I can’t my hands on their beer often enough. Problem solved for the time being – I’m close enough to visit them and stock up. 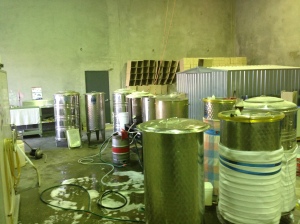 We’ve paid homage to HopDog before on these pages. Black Sunshine is one of my all-time favourites and All Hallowed Ale is one of the best named beers and the best pumpkin beer I’ve consumed. I was very much looking to having a sample and stocking up. Hop Dog Brew Works can be found at 2/175 Princes Highway, South Nowra. That’s on the right hand side, and is south of a ridiculously large Bunnings. There’s plenty of parking and it is a cosy little tasting area at the front of house. 6 taps are on the go for tasting, plain old drinking and growler filling. Tim Thomas – brewer and owner – is a friendly fellow and is happy for you to walk around at what he boasts to be Australia’s smallest brewery. 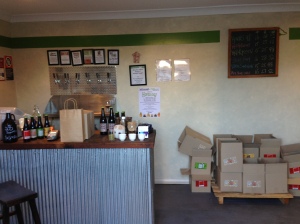 As I chatted to Tim, I sipped on a glass of sensationally good “Red Menace. This collaboration brew with Black Dog Brewery is a (deep breath) rum barrel fermented imperial brown sugar red ale. At 8% and 80 IBUs, it packs a punch but disguises its alcohol content well. It presents well off the tap with a beautiful deep red-brown colour. Sensational nose with plenty of hop aromas positively assaulting you with every sniff. There’s only one problem with the Red Menace. If you are driving solo, then one glass is about it for the afternoon. 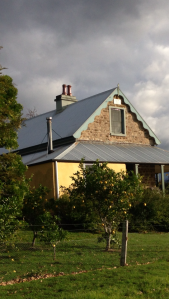 No worries. Tim was more than happy to stock me up with a mixed cube of green capped beauties (4 times 4 varieties), a long neck of Run, Run, Run (Gingerbread Spiced Ale) and a t-shirt that even the normally harshest of critics (aka Mrs Bladdamasta) favourably passed comment upon. I am now ensconced in an 1865 farmhouse ripping into a stubbie of Horns Up IPA warming myself on the inside, whilst the fireplace does the rest. So, do yourself a favour. Get to the South Coast and time your run for a stop at HopDog Brew Works, but get someone to takeover the driving the rest of the way. 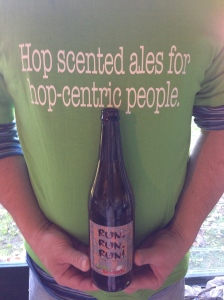