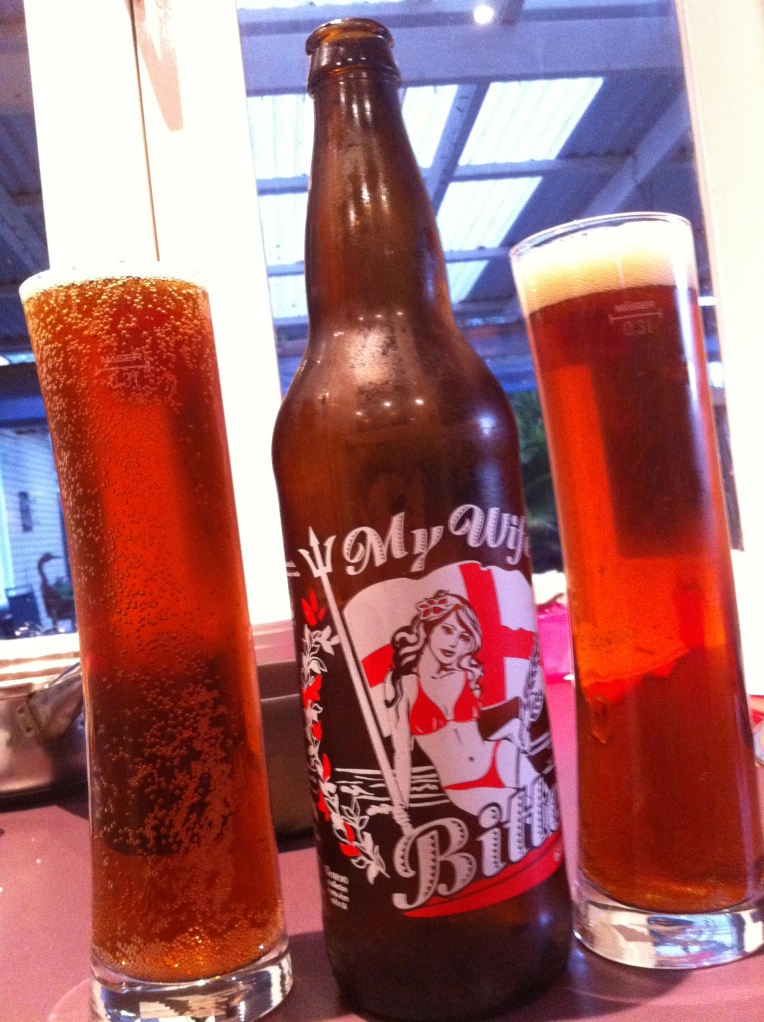 There’s a couple of welcome trends emerging in Australian craft beer – one’s bigger than the other. Firstly, most craft brewers are producing one-offs or seasonals to complement their always available range. Secondly, a couple of brewers have actually created separate departments to experiment with some unusual styles or ingredients. James Squire have the Mad Brewers range and Burleigh Brewing have created the “A Bit on the Side Department”.

There’s a couple of weird and wonderful varities in the “A Bit on the Side Range”, which are distinguished by their quaint naming and quite beautiful packaging. Plenty of love has gone into the bottle, which will probably go into the Cantina. It’s named after the Head Brewer’s wife and there’s some corny stuff about vital statistics etc. It is apparently filtered through local lava rock, but is made with hops that are traditionally used in the English bitters.

It is a very smooth beer. My brother-in-law found it meaty, but I thought it was very easy to swallow – and became tastier as things progressed. Really nice bitterness which grew in intensity without ever becoming squinty. With a 650ml bottle costing near $10, this isn’t a case buy – which is a shame – because it could be very sessionable. Looking forward to some more from the “A bit on the side” department.