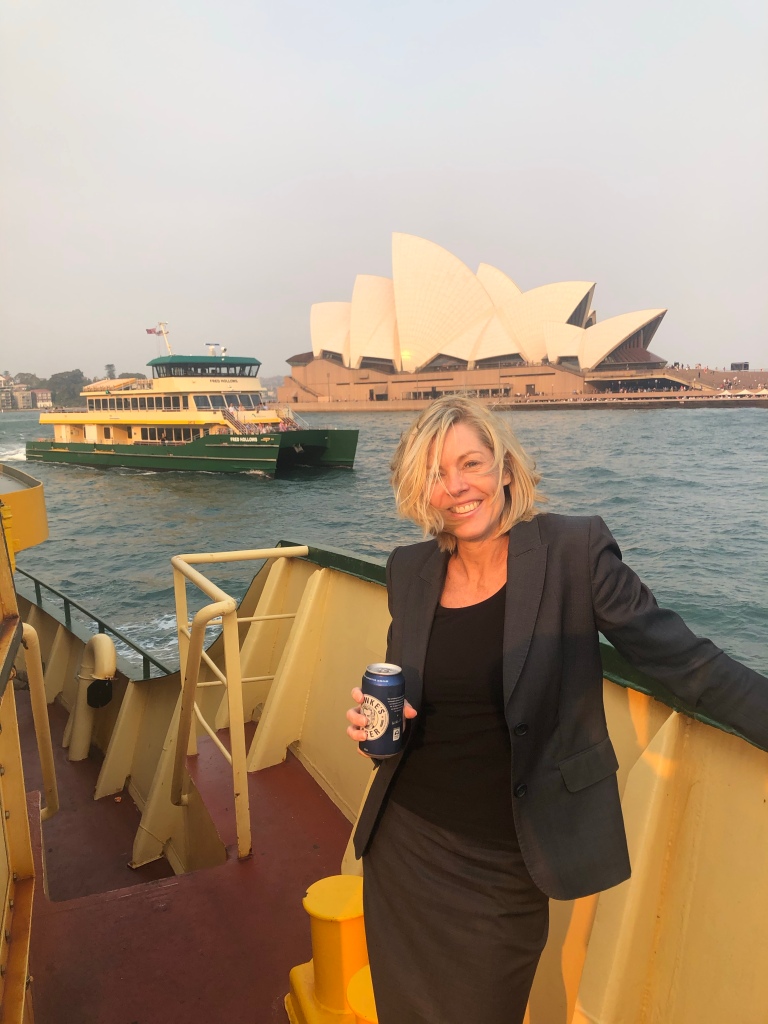 Another night, another mass induction ceremony on the Bac KL of the Ferry. What made this unique was that all inductees on this particular occasion were female. As will be the norm for the remainder of the year, it was a hazy evening which makes for some great photos, but poor air quality.

The first of our inductees is Julie who was originally a Sandgroper that now calls the Northern Beaches home. After hearing endless banter about the Back of the Ferry from yours truly she decided to bite the bullet and make the voyage.

Favourite pub and why: The Bayview Hotel in Claremont WA, because it was a big part of my university days.

Inductee #78 was devastated to miss the ceremony, so many photos were take at his expense.

The ladies should feel very honoured as the induction ceremony was performed by Inductees #1, #2, #5, #35 #99 and #105. Quite a turnout. Post induction rituals at Manly Wharf Bar and Queen Chow.