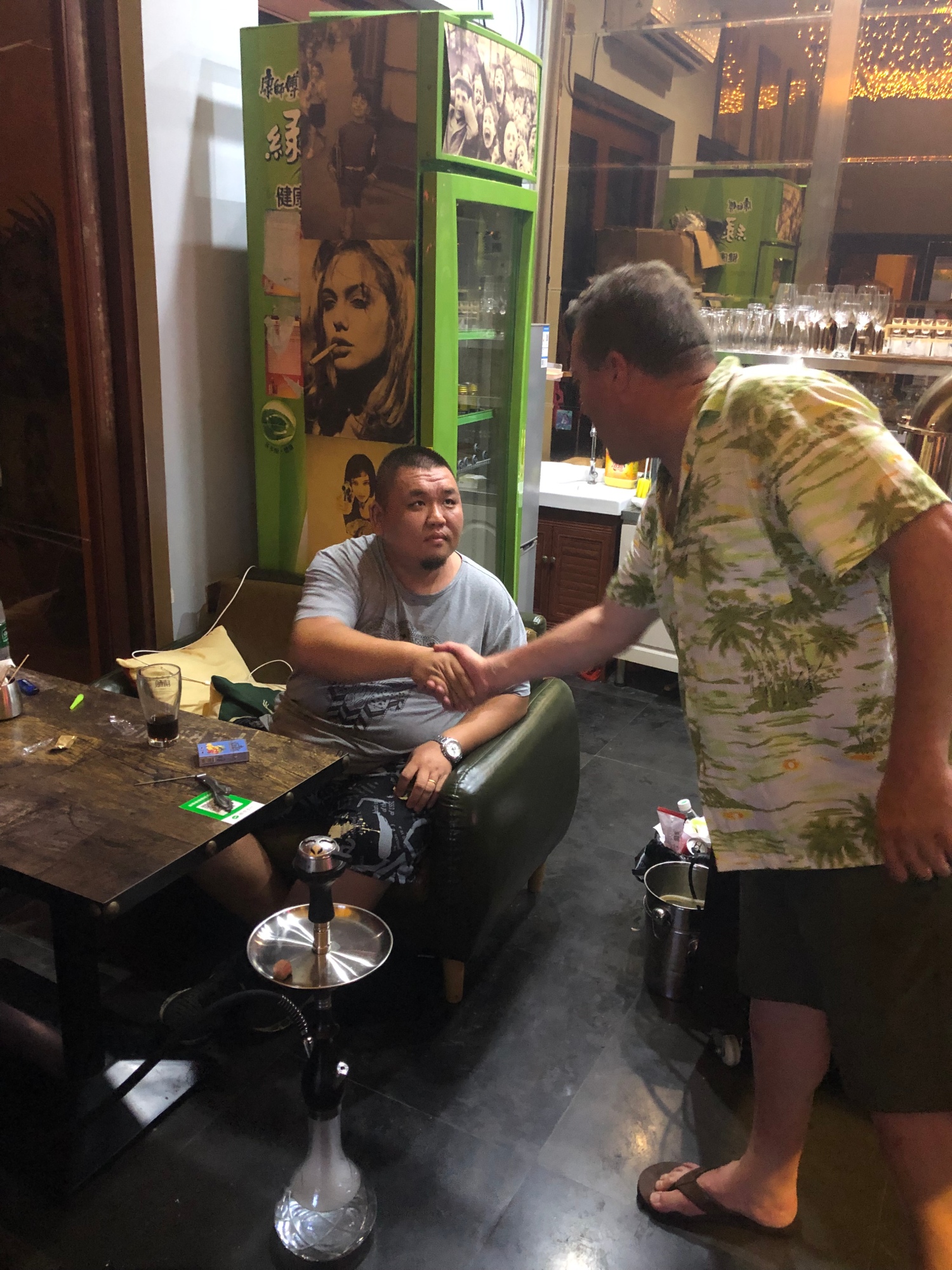 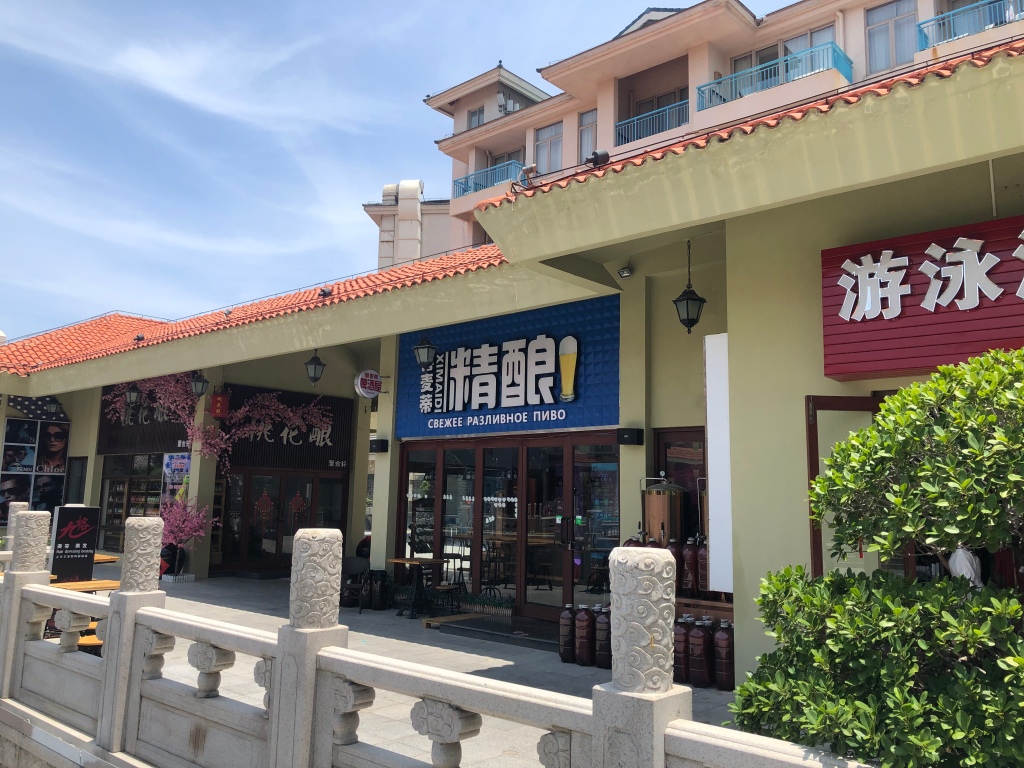 Yalong Bay is a lovely stretch of beach to the east of Sanya. On its shores most of the major hotel chains of the world have built gargantuan resorts with oceans of swimming pools that render the South China Sea practically redundant. I actually prefer the real ocean because the temperature in the pools is way too warm. As is the wont of five star hotels, you take a second mortgage out to have a session on even Tsingtao, so I was grateful to discover the La Floret shopping centre a 10RMB cab ride away for two reasons. 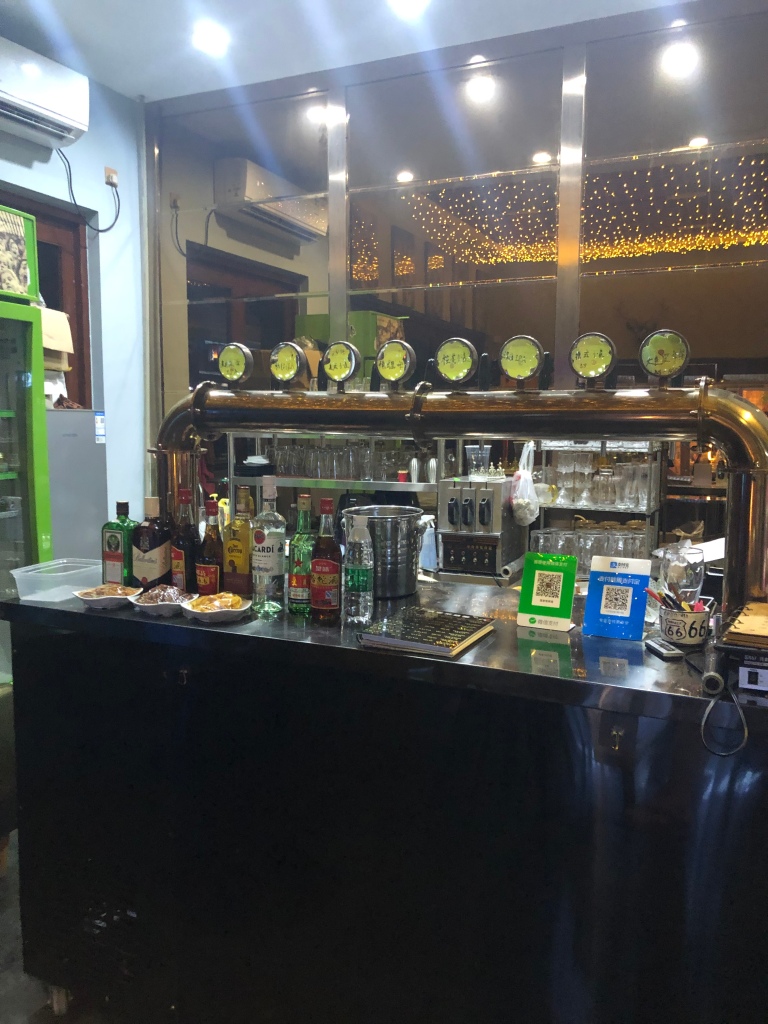 Firstly they have a supermarket that has a good range of reasonably priced beers to stock up the mini bar in your room. Secondly, they have a microbrewery on the second floor. It was a large coincidence that the only Australian I met on this trip was a work colleague who just happened to be staying at the same Hilton! So the son had the night off. 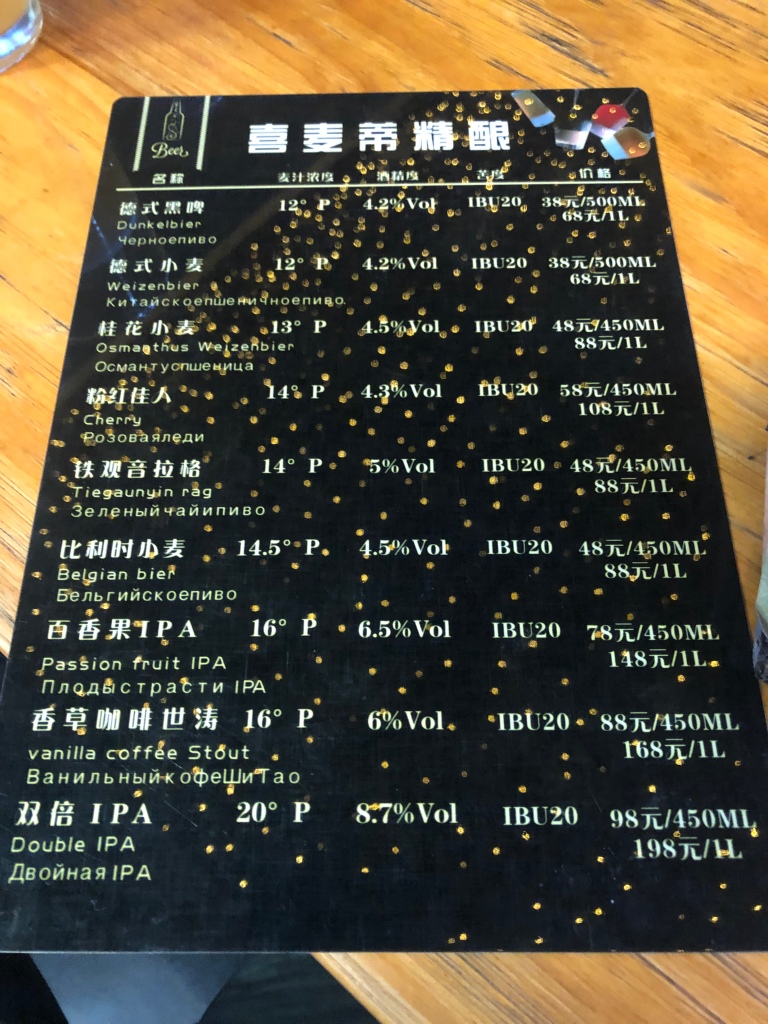 In Untappd the brewery is called La Floret. It is actually called Ximaidi. Most of the beer is brewed offsite, but some is made on the premises. The owner was on hand to recommend some beers. Whereas Yahe had a simple policy of charging the same price for every beer, Ximaidi’s ranged from 38RMB for 500ml of 4.2% Weizenbier to an eye watering 98RMB for 500ml of 8.7% Double IPA. No tasting paddles, but we were given a taster of a great Passionfruit IPA. The beers are good. The Weizenbier was satisfyingly hazy and wheaty, reminiscent of Redback. The Vanilla Coffee Stout contained the advertised flavours (even though we didn’t order it). We still haven’t worked what was in the “Tieguanyin Rag”. We think tea. 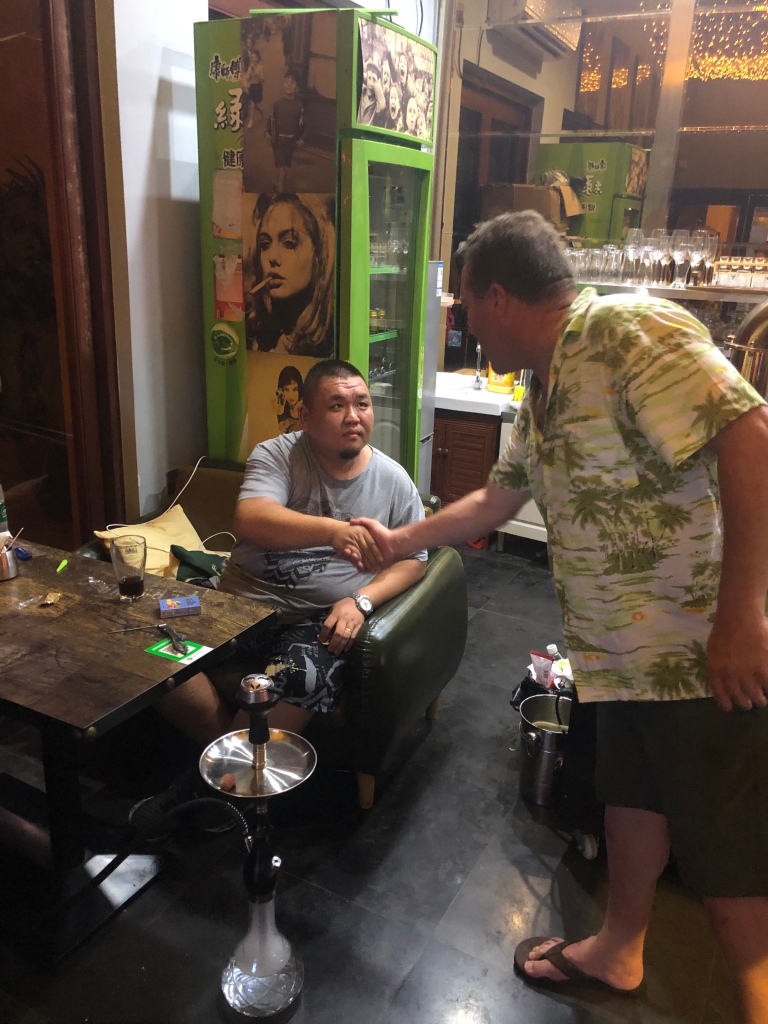 The owner happily puffed on his Hookah, whilst we ate our Pizza Hut and enjoyed our beers. A boozed up Russian wanted a crack at the Hookah but the owner deftly shooed him away. A great diversion from the resort bar if you can manage it if you don’t want to go all the way into Dadonghai or Sanya.