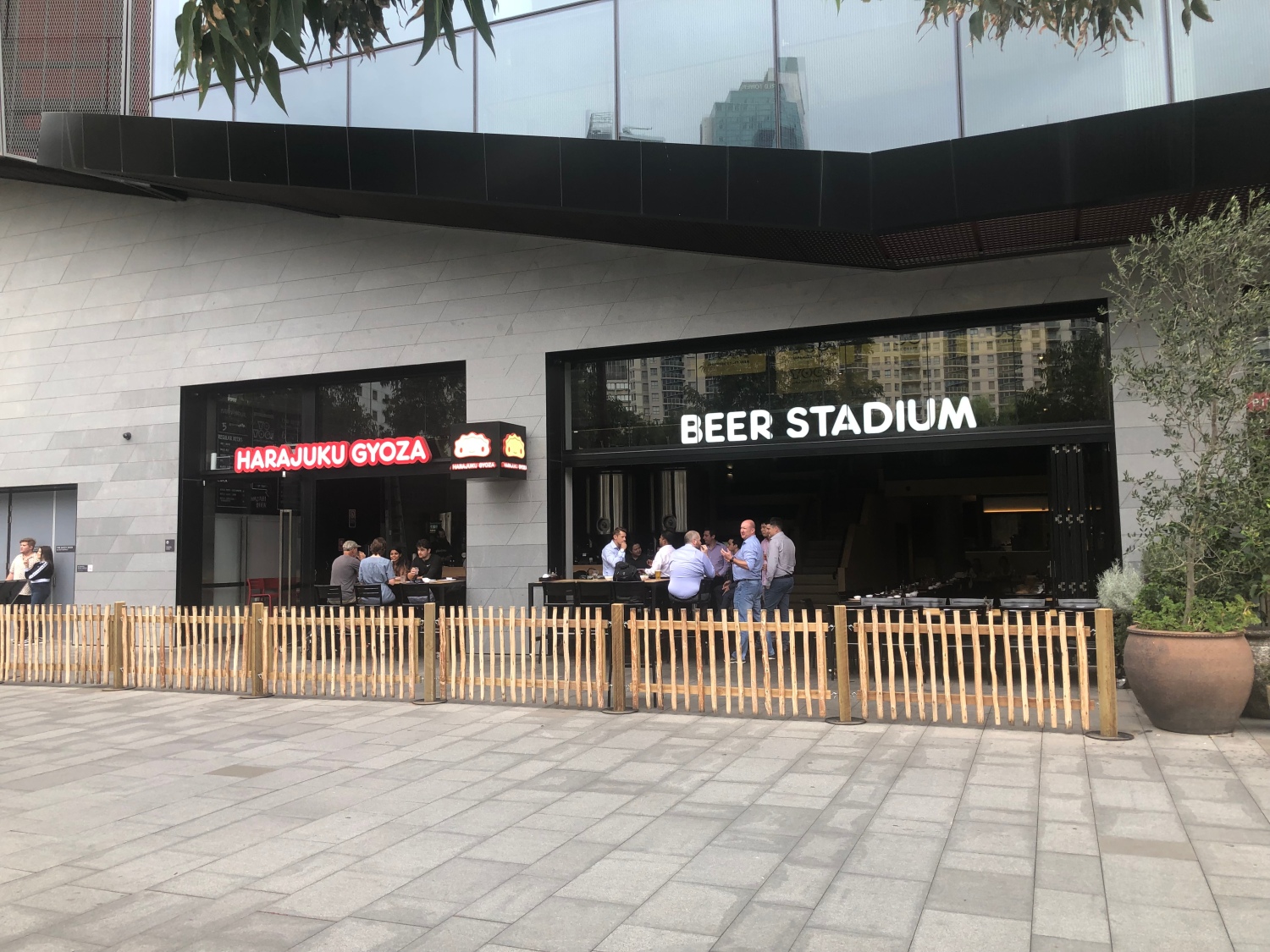 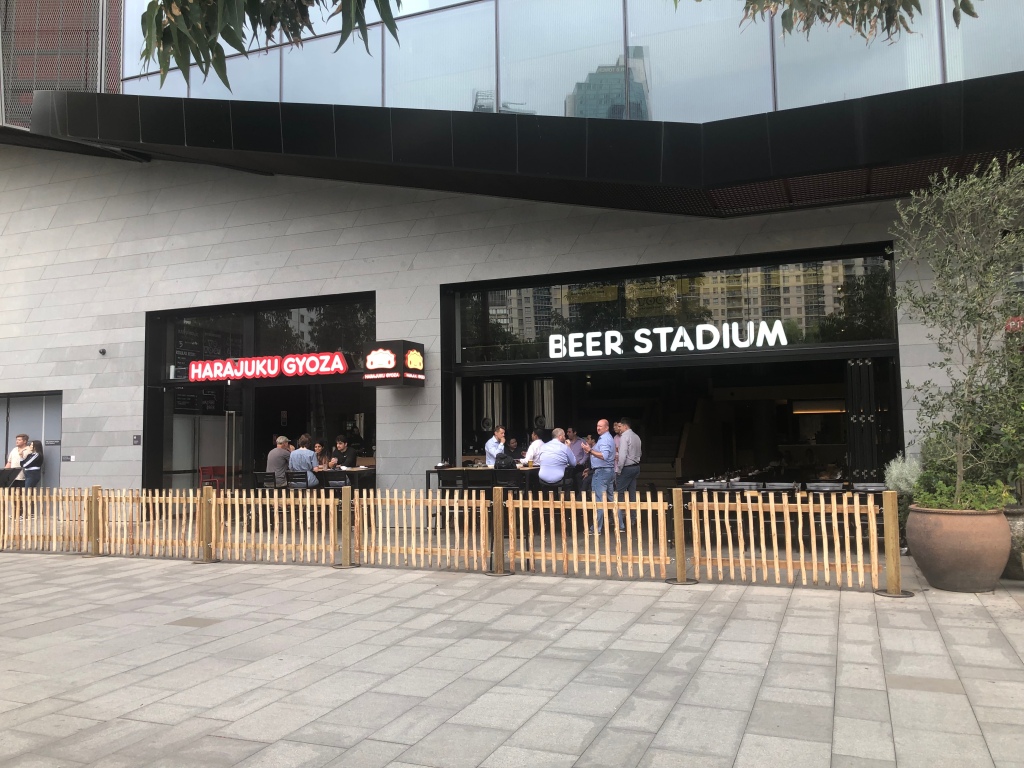 There’s a whole part of Sydney that is completely foreign to me. The Darling Harbour/Tumbalong Park/International Convention Centre precinct has undergone a massive change since the old convention centre and Sydney Entertainment was knocked down. It was quite a shock to enter Tumbalong Park and see the open space and the new Sydney Theatre and surrounding buildings. Who knew? I mean – wow.

I’d read that a Japanese Beer venue had opened up down that way and unexpectedly finding myself in the area – I went hunting. Well it isn’t hard to find. Find the ICC Sydney Theatre and you’ve found the wonderfully named Harajuku Gyoza Beer Stadium. It is on the outside of the Theatre and next to a monster Fratelli Fresh. It has a touch of the Tardis about it, because it looks modest from outside, but blows up to a big space with a mezzanine Level and gleaming brewing equipment inside.

This place is fun. Bandannaed staff brandishing iPads welcome and farewell guests in unison. Brightly decorated plates line one wall and an Astro Boy style painting has a young man brandishing a large Yo Yogi Beer. The stars of the menu are the Gyoza – “Famous Gyoza”. There’s other stuff, but I didn’t really read beyond that. My cheeseburger Gyoza came out very quickly and really there’s no better beer snack. The punters were loving it.

And the beer? Well, there’s plenty. The brewery name is Yo Yogi and there’s presently two brew sites – the Harajuku Gyoza – Beer Stadium on the Gold Coast and the smaller set up in Darling Harbour. Matt, the brewer from the Gold Coast Branch was helping train the new Sydney brewer and popped by to have a chat. There’s a standard range of beers and cider and they are constantly brewing one-offs, which often incorporate a Japanese element. The standard range features a Dry Lager, a Pale, an IPA, a Black, a Honey Cream Ale and a Watermelon XPA of which the Dry and Pale are made on site. The rest of the range and the specials are transported from the Goldie. Schooners of the Dry, Pale and a Cider are $5 between 3pm and 6pm Monday to Friday.

The one-offs on offer were interesting. The Yuzu Gin Honey Cream Ale had a nice tartness to it. Yuzu Gin is a big Japanese thing apparently. Matt was particularly happy with his Soba Stout, where crushed Soba noodles (I think) has been added to the mash. Very, very pleasant.

I shall be visiting again.