Zhuzhou is a major city of the Hunan Province. I’m here for some Red tourism – to see the birthplace of Chairman Mao and to eat food with chilli. I chose Zhuzhou as a base because of its Hilton and I wasn’t expecting much. In the end, I had a great night with the locals, enjoyed some great views and found a bar with a bloody good range of beers.

Zhuzhou’s centrepiece is Yandi Square. Empower Yan apparently taught the Chinese how to grow stuff, so no wonder they built a huge statue to him. Behind Emporer Yan is a TV Tower, which is apparently China’s 8th highest at 188m. On a Saturday night the Square fills up with families, music plays, everyone buys illuminated balloons and gets happy. 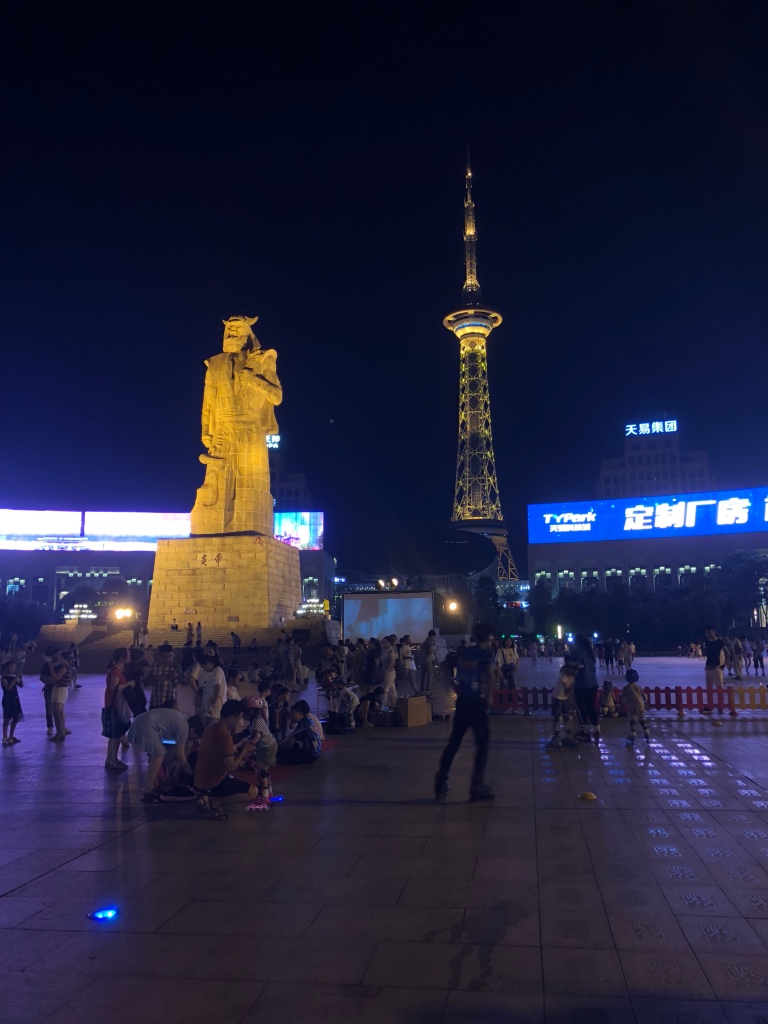 A great way to get a sense of Zhuzhou’s size is to go up the TV Tower (or Shennong Tower). It’s a bargain at 80RMB and the observation deck is an open air one. The best view is straight over Emporer Yan’s Head and down the main drag and bridge which is lit up with red and gold street lamps. The urban sprawl is nothing like Sydney or Melbourne and catching it at sunset is the best time. 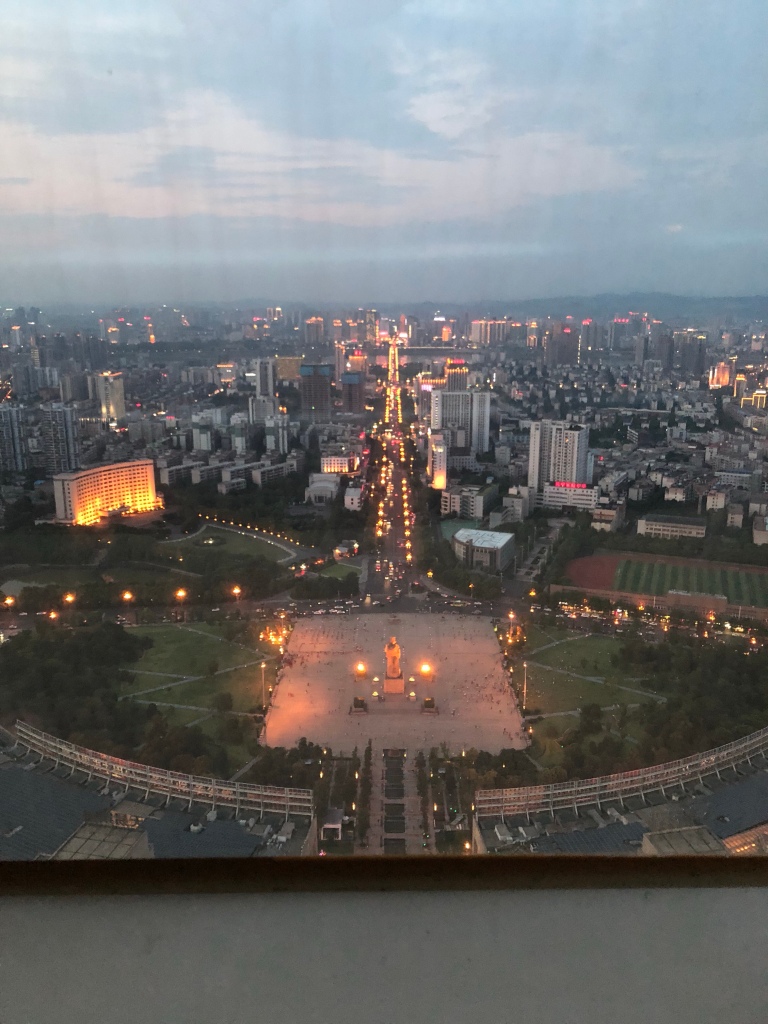 It’s 32 degrees in the early evening here, so refreshments are required. Fortuitously, around the base of the tower is a circle of bars and shops. Xun Bar proudly states it has “Beer – the best in town” and “Delieious Beer”. And I really think it does, and for the most part reasonably priced. An array of bottled beer from all around the world – NZ, US, Singapore, Belgium, Germany and China. All well chilled. Beer of the night was a squintingly good IPA from Chengdu – Fumo IPA. Might have to seek the source later in the trip. Whiled a way an hour watching the good folk of Zhuzhou cruising around. There are other bars, but this was the pick. 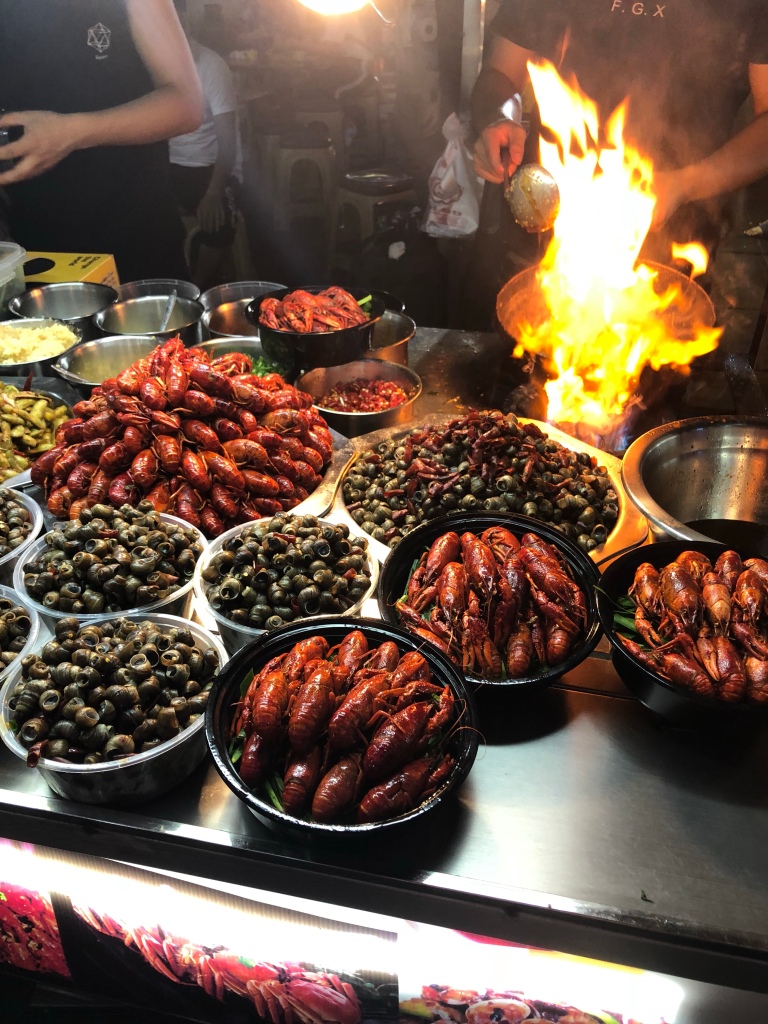 Copped a tip from the hotel that there was a “snack street” opposite. Called Wang Fu Jing, this is a must. All sorts of stuff cooked fresh in front of you. Crayfish, frog, all parts of the chicken, tofu and chilli – plenty of chilli. Plus grab a $1.60 beer from the convenience store, grab a chair and sit down with the locals. Brilliant.