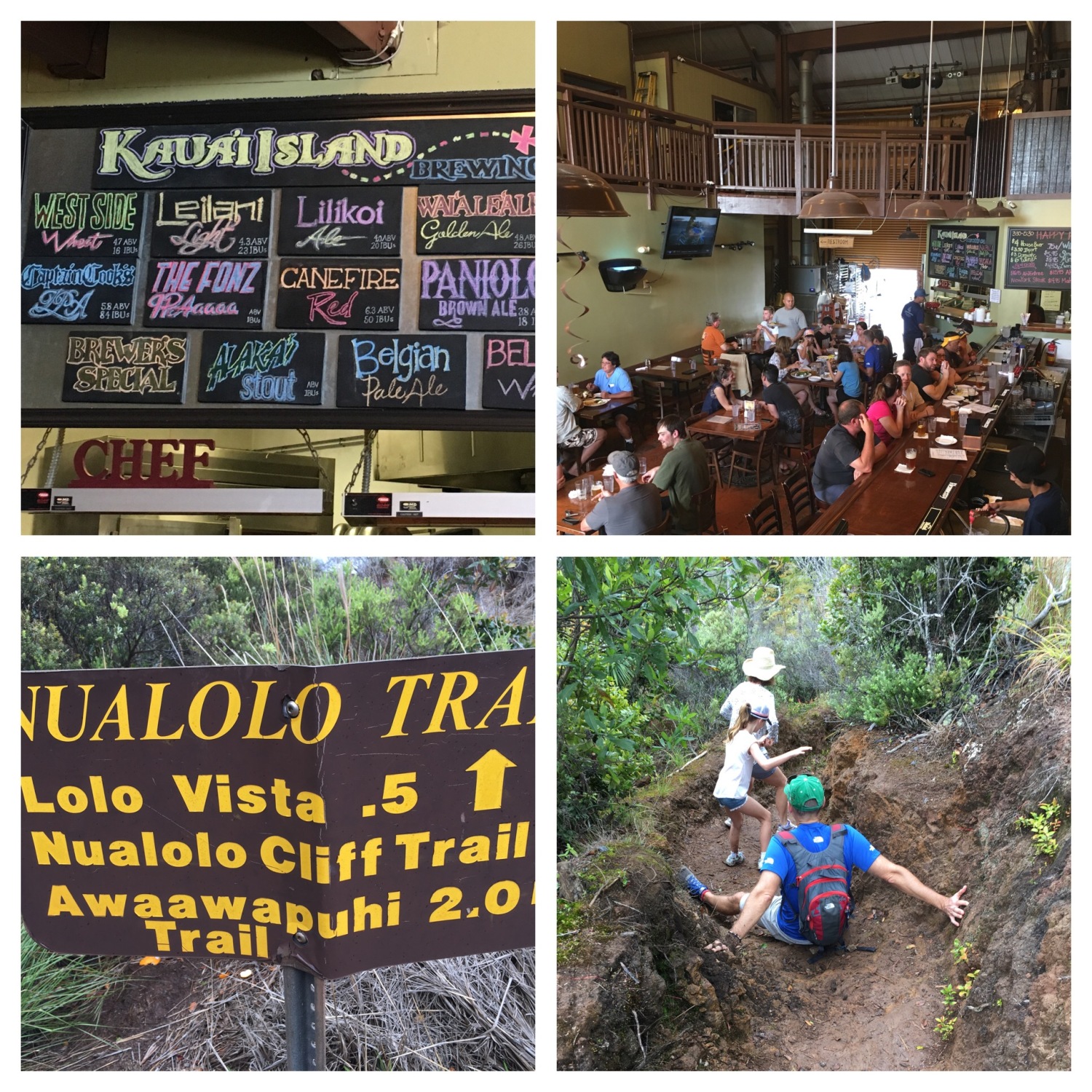 This the last of the “up my sleeve” posts from the #botf trip to Hawaii last April.

Now and then your #botf correspondents complete epic feats before rewarding themselves with some quality crafties. This missive is one of those. Joining me in Hawaii was botf friend (but not inductee – an oversight) Rols and his family. 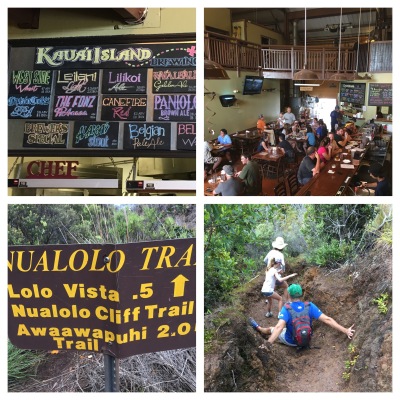 Tricky conditions on the track followed by rewards at the brewery

Going for a hike with Rols is not for the feint-hearted. This is a guy who punches out marathons like I do hot dinners and has completed two Coast2Kosci 240km ultra marathons. The track he choose for the family outing was the infamous but stunningly beautiful Nualolo Cliff Trail.

This trail is regularly closed due to slippages and rockfalls. While open for our journey, it was treacherous and slippery due to heavy recent rains. The return journey was about 8km and, given the above conditions, it was a bit of a struggle for one or two of your correspondent’s children who are more used to slaying minecraft sheep and overclocking their PC’s CPU.

At one point on the return leg #2 son lost the will to live and threatened to lie down on the track and expire there and then. The mental games Mrs botf and I had to play to will him home have made us a much stronger couple.

The panoramas afforded by completing the walk are simple stunning and, well, probably worth the effort. An even better reward was dragging ourselves into the Kauai Island Brewery afterwards for some tasty crafties and great pub food. Claiming to be the World’s Westernmost Brewery, it was welcoming and boistrous on the afternoon we stumbled in.

The beer list was superb and, despite my thirst, could not be conquered in my single sitting. Again, as it is an American craft brewer, the merchandise was very good and several craft brew T’s were purchased – if only to annoy Mrs botf.

I got thru the Captain Cook’s IPA, Cane Fire Red, NaPali Pale Ale, Lilikoi Ale & Pakala Porter before the arduous trek brought on collapse. It’s truly worth a visit to this brewery at the end of the earth.