As global warming sets in, there are two quandaries.  How come May Day seems to be getting colder each year (we had snow in the UK yesterday), when in pagan times they celebrated the coming of summer on 1st May?  And where does one find a decent summer ale at the start of the 5th month… m’aidez!  Well, whilst I cannot answer the former question (and won’t attempt to do so), the latter was easy.

We visited today the Belper Art Trail in Derbyshire, in the hear of the Amber Valley and as happenstance would have it, there was a beer tent on the main green, being run by the Tollgate Brewery.  Near Melbourne, you could be forgiven for thinking you could add it to a beer-bent weekend away from Sydney down in Victoria’s capital, but you would be sorely mistaken.  This Melbourne is in the heart of Derbyshire.  So, if you happen to be visiting England this year, I can thoroughly recommend their astonishing 4% golden Red Star IPA, a draft craft (i.e. cask not keg), an amazing craft ale that presented itself beautifully in the rich tradition of real ale.  Outstanding.  May craft ale continue its success as a real ale – it is the surest way of accelerating the take-up of craft beer in the entrenched UK CAMRA palettes, although it doesn’t of course keep as long.

They are based on the edge of the National Trust (NT) property,  Calke Abbey (which wasn’t an abbey at all, but a stately home), where you purchase Tollgate Brewery produce in the NT shop as well as the NT restaurant.  Now, what’s interesting is that in the restaurant, all their beers are called exactly what they’re called everywhere else it’s sold in the UK.  However, in the NT shop, all their beers have been changed to the name of trees – this is because, after experimenting, the NT found that men don’t frequent the NT shop anywhere near as often as the fairer sex, but women were unlikely to buy beer with the name of, say, ‘Red Storm’…. sales rocketed, though, when the label said ‘Willow’.

Whereas one always appreciates a nice family visit to the NT, I always find that pubs do beer more justice.  So, I was particularly delighted to hear from Kevin today that Tollgate Brewery are opening a new micropub on the Duffield high street – readers will be familiar with previous posts when I have visited Duffield, and in particular the nearby Holly Bush in Makeney.  Micropubs are so de rigueur these days.  In addition to the splendid selection of their own and guest beers that will be on offer when they open in June this year, their new pub will also serve free tea and coffee.  We all look forward to the safer roads. 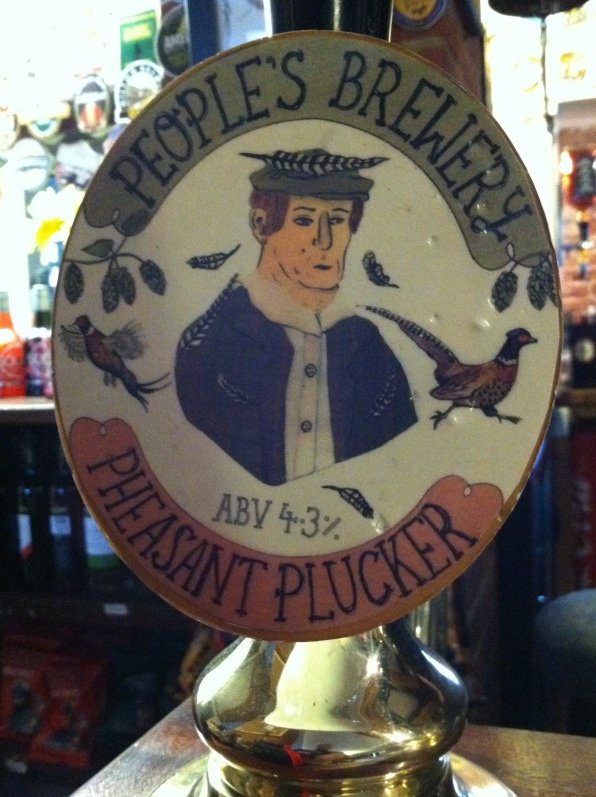 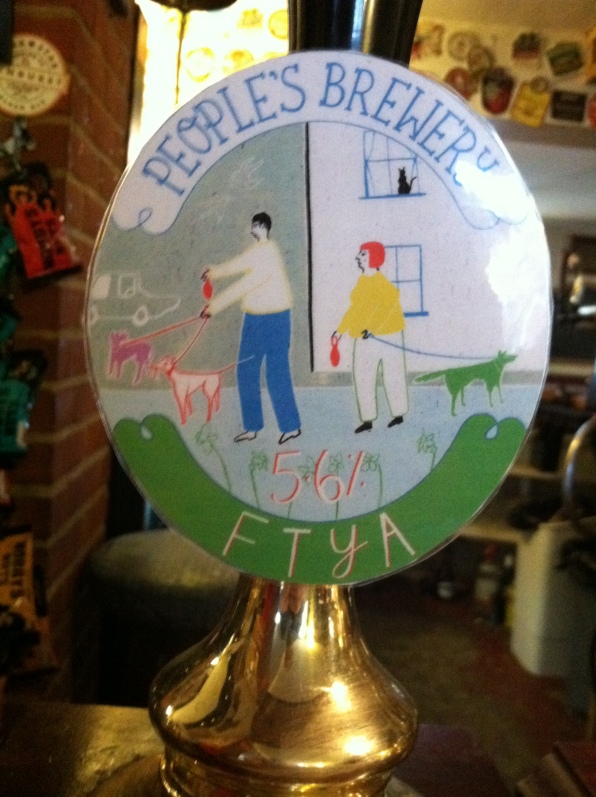 Now, the only other new brewing establishment that I would recommend on any trip around the UK is the tiny 1 barrel People’s Brewery in Thurlton in Norfolk, whose Twitter ID is @thepeepsbrewery.  You can always get it at the ‘community’ village pub (owned by the locals), the Queens Head, and I sampled the Pheasant Plucker at the party to celebrate the last night of the previous landlord and landlady – a delightful start to the evening, very similar to Doom Bar (the UK’s top selling real ale), but certainly no way to see a party through.  That’s when I moved onto FTYA – the polite version being “Farewell To You All”, a beer made in the departing couple’s honour, who had served the village well.  If you get the chance, don’t miss out a real English treasure.