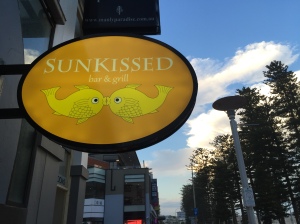 In May 2011, Manly beer drinkers became very excited when Murray’s took over an el primo site on the Manly Beach Front. Regettably it hasn’t been smooth sailing for the venue and in less than four years, the fourth management team has taken over and the fourth name has adorned the doors. 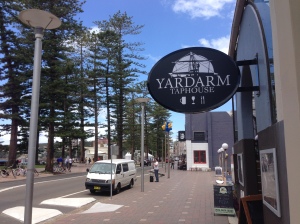 The last incarnation, the Yardarm Taphouse, actually lasted a little over a 2 years. For a while there, it looked like the Yardarm might have had some staying power.  There was a couple of tap takeovers and every now and then, some cool stuff would make its way on to the taps.  However the same problems that afflicted Murray’s started to occur. Staff turnover increased and no-one really knew anything about the beer that was being served. 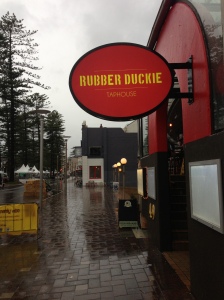 So, now the venue is called Sunkissed bar and grill.  I’ve only been once, but there’s been one significant improvement, which is the addition of steak to the menu. I haven’t been able to ascertain the intent of the new owners yet.  Interestingly they had a beer from Fox Hat Brewing, which I hadn’t heard of before. (Clearly not reading Crafty Pint closely enough!). Vale Brewing’s offshoot has produced a Lusty Lager that was quite tasty.  There was a reasonable crowd on this particular night so I couldn’t ask whether this was a leftover order from the previous management or an intentional act by the new crowd. 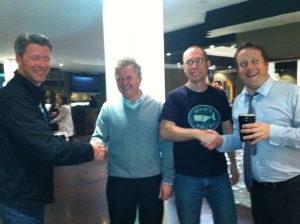 The space is big, the views are magic and the watching the passing parade of people on the esplanade is constantly interesting. Someone should really be able to make a go of such a well located venue. There are plenty of places in Manly that are constantly full that don’t have the same outlook.  We’ll wish the proprietors of Sunkissed Bar and Grill all the best. Clearly, they’ll need it – given the history of the location. 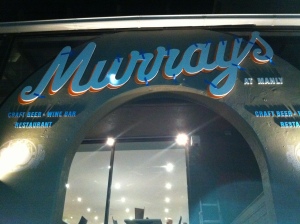