Bladdamaster is without question or compromise the most ubiquitous contributor to BoTF but so little is known about the big “BM” and what he gets up to in his down time.

Here he is at Double Island Point one of the premier locations on the Queensland Coast with an elbow slapper.

At first glance those inexperienced eyes on dry land thought the big “BM” had caught a Lion Fish somewhat a rarity off the beach. But pensive anticipation gradually subsided as he approached the throng of BoTF fans despite the catch being a respectable Summer Whiting with an excessive quantity of weed.

What else is unknown and potentially unrevealed about the big “BM”? What other little known or spoken about passions lie below that simmering surface of beer reviews ….. 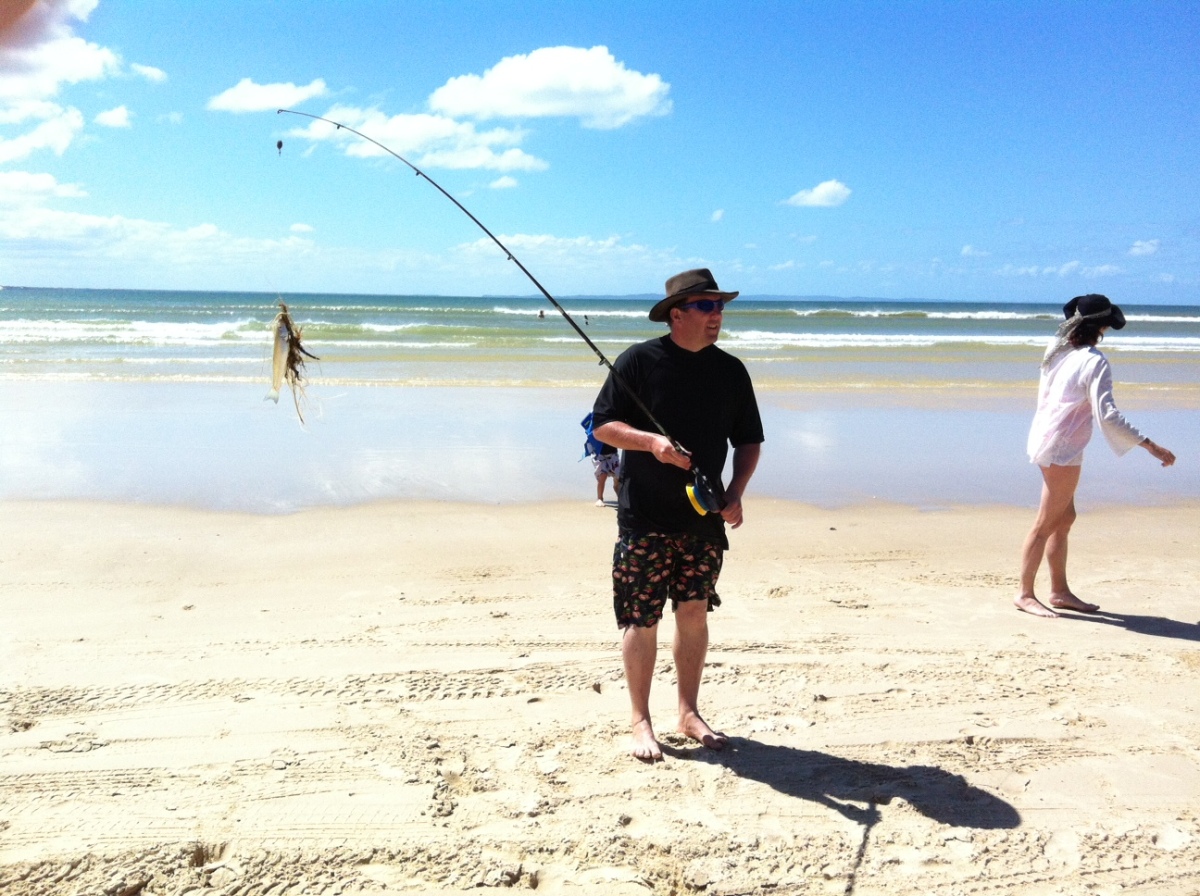