The night’s are getting shorter in Sydney, the air is getting balmier and the 6pm ferry trip is getting brighter. Before long, we’ll be enjoying our journeys home bathed in sunlight. Full quorum of foundation members on Tuesday night with plenty of football conversation to be had on voyage. For mine, Glenn Stewart is a relatively innocent party. Wrongly sin-binned and then simply standing up for himself as he ran off. He wasn’t 2nd (or 3rd or 4th man in) and I’d give him a week max. He’ll get longer and Manly will squeal and the siege mentality Dessie loves to foster will intensify. Still, great television and the best thing was that they showed the Dish head Dowling v Howie Tamati blue over and over again.

Took the opportunity to have a crack at the second of the Coedo 5. Coedo Ruri is named after a gemstone called Lapis which “represents the Pure clarity this beer abounds in”. It is brewed to be a pilsener. Beer label hyperbole craps on about the “contrastof soft foam and a clear golden colour”. That maybe so, but we drank it from the stubbie so no ability to appreciate the “delicate hues”. Boys were underwhelmed this time around, but high hopes are held for the black Coedo. 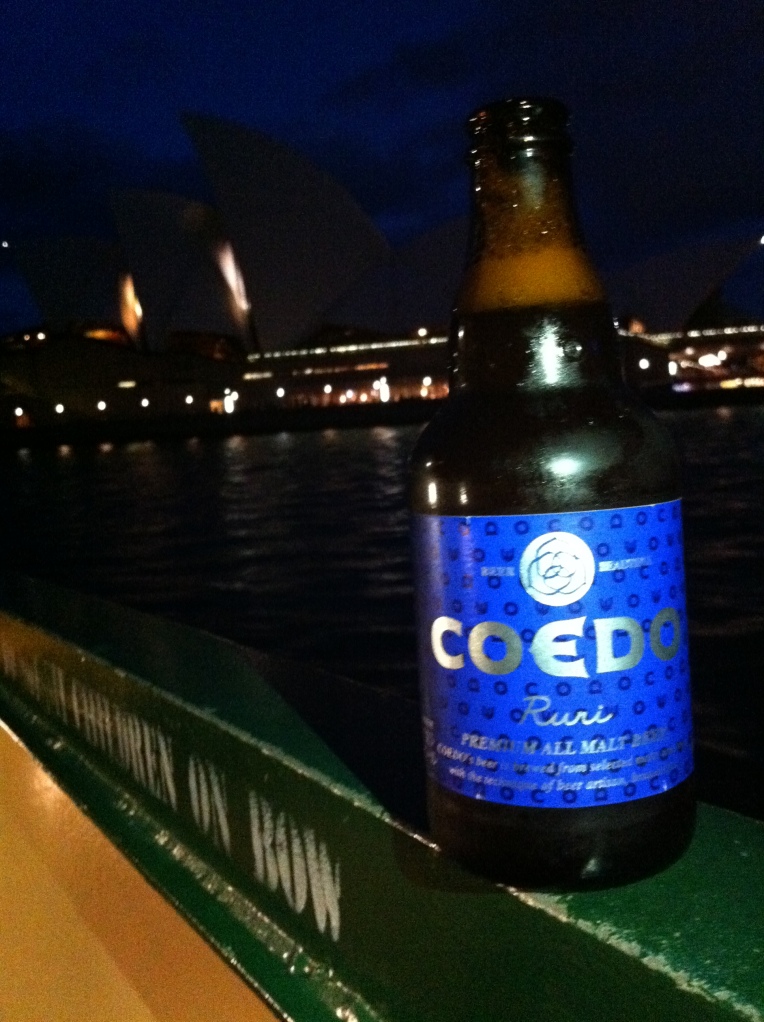