There are occasions when a company does something so stupid – it beggars belief. Joe Public looks incredulously at a new product and thinks – “this mob must take me for a mug”. An idea might appear good at the time of conception, but nonsensical after sobering up and/or a good night’s sleep. What is remarkable is how some times a company can blindly persist with what everyone else looks at and goes – “Huh?!?” 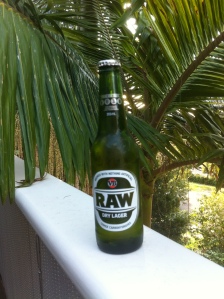 A classic example of such an idea was VB Raw. There was nothing smart about this. First, you tamper with an iconic Aussie brand associated with blue-collar blokeyness and attach it to a poncey “Dry, low-carb” beer. Second, you get the same half-wits responsible for naming Australian soccer teams or 20/20 big bash franchises to name your beer. Thirdly, you put a web-site out there hosted by some hipster who had a ridiculous European accent that looks more likely to drink West Coast wine coolers. Fourthly, you make a beer with no redeeming features from a taste persective – so that even if you were brave enough to be seen in public with such a beer – you wouldn’t return for another. 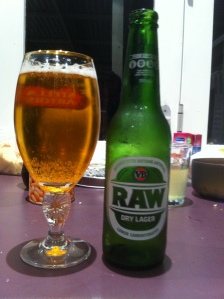 The Australian public aren’t mugs and the reaction to VB Raw was muted, and the beer has been subsequently withdrawn from sale. In a classic piece of corporate bullshit, the marketing manager at the time claimed “This is not about the underperformance of VB Raw, but we are a big business that needs a level of focus.” Translated – by saying we will focus on beers that sell, we can hopefully ignore the fact that a beer we invented didn’t sell, and that no-one will notice. Well a couple of bottlos are offloading their own stock, so it’s pretty obvious. A fate well deserved, really.