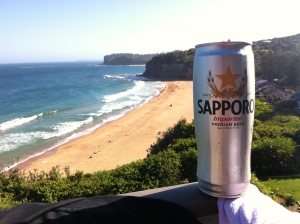 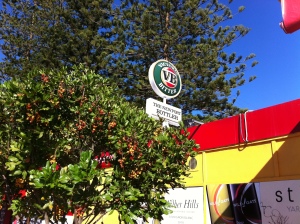 Another beer BotF enjoyed on New Year’s Eve was Sapporo Premium Beer. This was picked up from the Newport Bottler, which is generally guaranteed to have a beer not tried before. They have a particularly good supply of Polish darks in the very desirable 500ml bottles. New Years Eve is a night to treat yourself and I overcame the $8.95 per can cost to pick up a couple for me and my generous Bilgola host.

The Sapporo Big Can is self proclaimed by Sapporo themselves to be iconic – and there is no doubt it is a thing of beauty. As we got stuck into our Sapporo, we couldn’t help snigger about how much we enjoyed big cans. After some time, we turned our attention to the origin of the big cans and despite being Japan’s oldest brewer, what we were drinking came from Ontario, Canada.

BotF isn’t au fait with things Japanese, and was surprised to find that Sapporo is the 5th largest Japanese city and held a winter Olympics. Despite all that, Sapporo beer is no longer brewed in Sapporo and after taking out Canada’s third largest brewer much of Sapporo’s export beer isn’t even brewed in Japan. It’s all rather confusing – French beer brewed in Melbourne, Japanese beer brewed in Ontario.

Sapporo is a sculler. Not much distinctiveness here. Very pale in colour and quite bland to taste. Nothing wrong with it – not worth the premium, but eminently drinkable.

Leave a Reply to Jasper Ale, The Gypsy and the Goat, Schneider Weisse and illiards back deck « back of the ferry Cancel reply