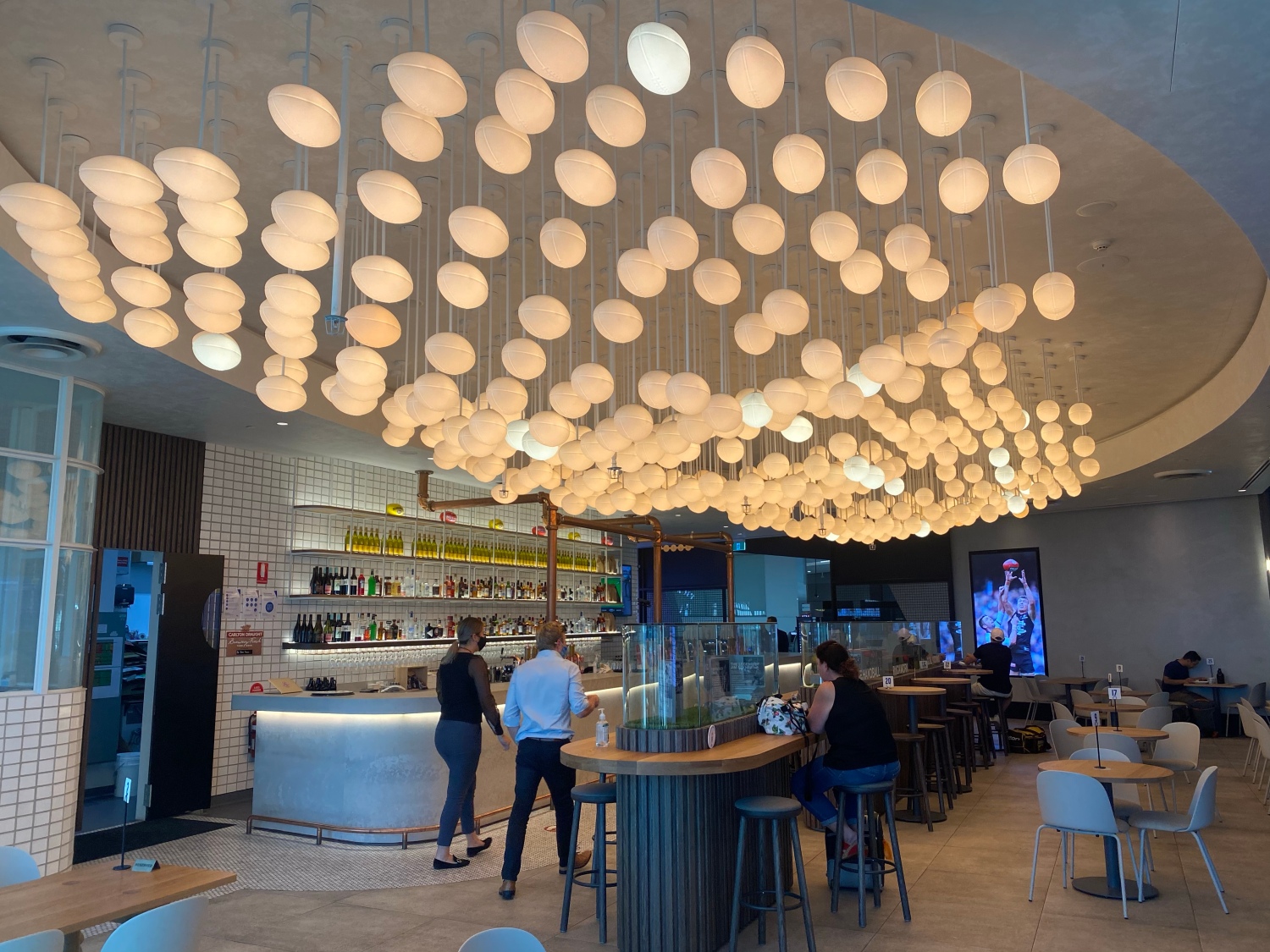 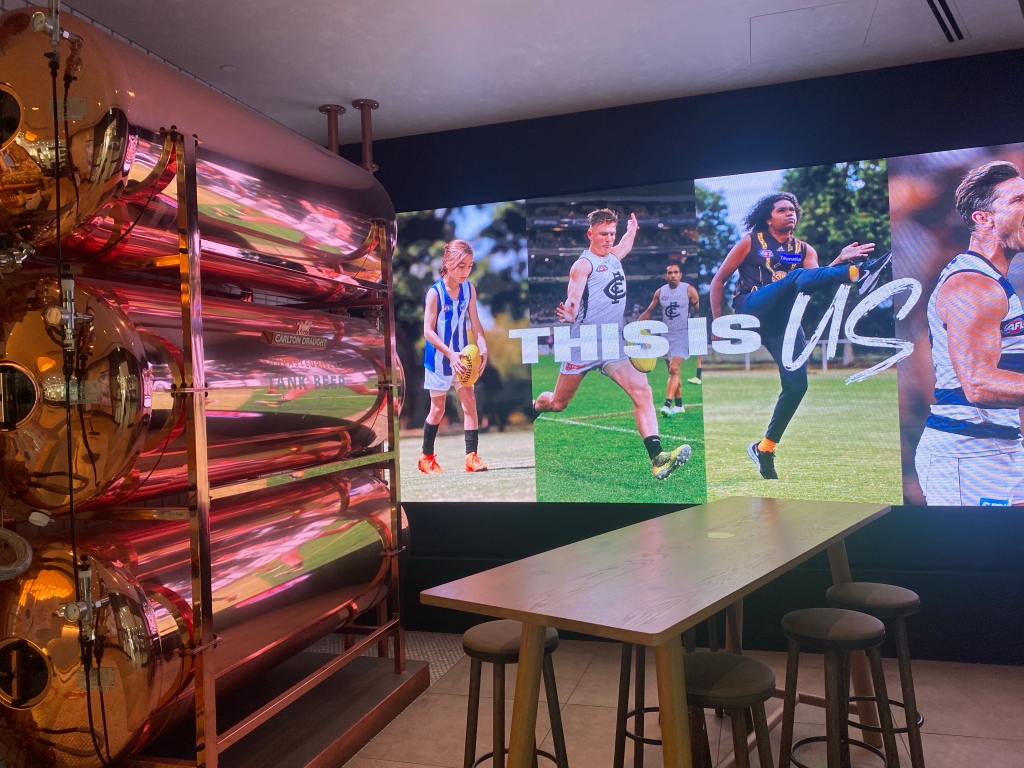 Today’s article is another in our very occasional and sporadic series on Airport Drinking. Not long ago there used to be a big Irish Bar/Pub on the departure level of T3. Can’t remember its name. A couple of weeks ago it was St Patrick’s Day and and I was travelling to Melbourne. I was going to fulfil a time honoured tradition of drinking a Guinness in my Irish Yoga shirt at said Irish Bar. 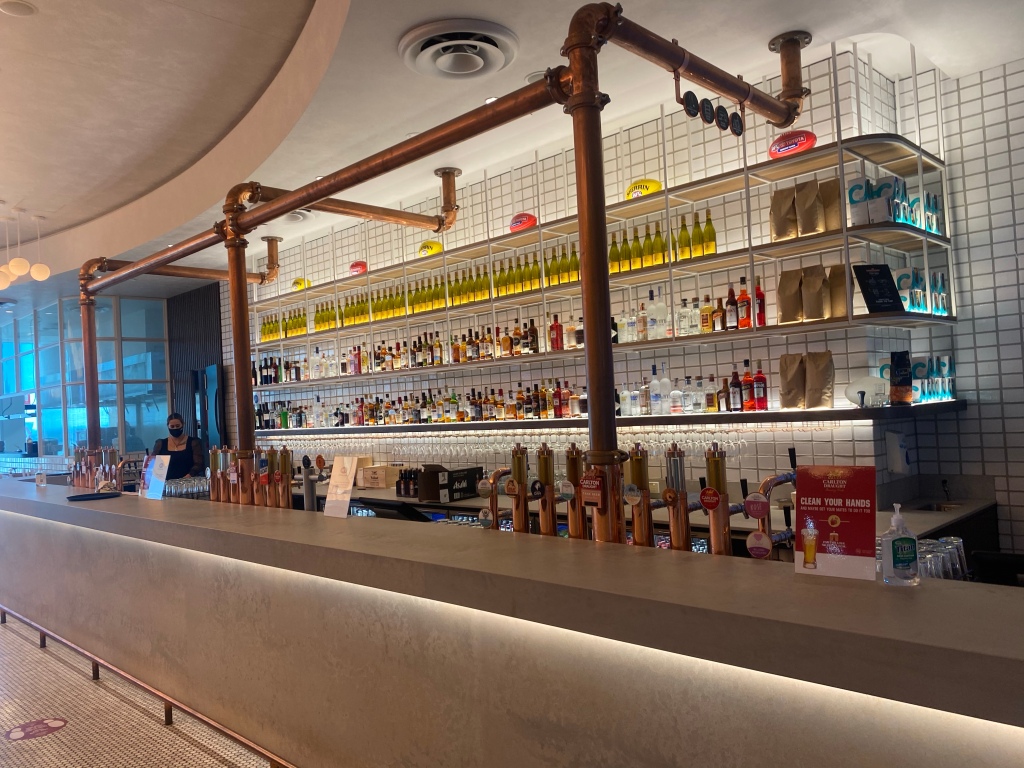 Much to my dismay, the Irish Bar was gone – replaced with the AFL Kitchen & Bar. I brushed it because it was late and I needed to get into Melbourne and find a bar with Guinness. 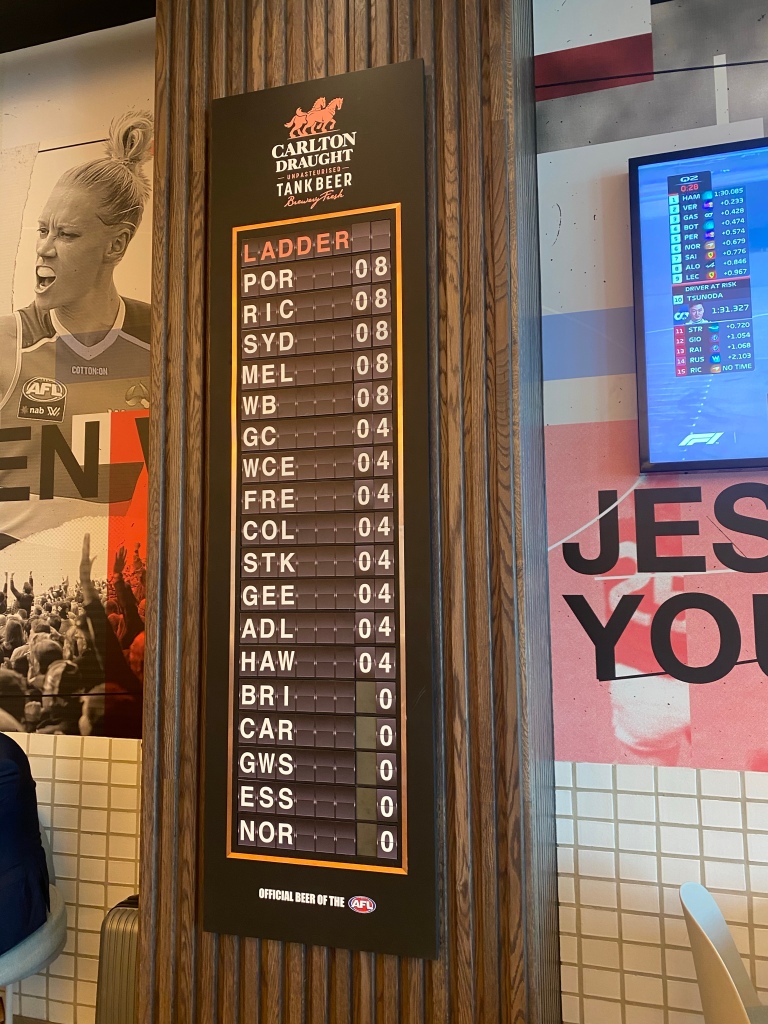 So I’m back in Melbourne with a short window of time, and again the AFL Kitchen & Bar caught my eye. Big and bright – it is hard to miss. For me, though it is a Oncer. If I’m going to pay $15 for a pint, I’ll go to Stomping Ground T3. I reckon the only time I’d return is for the footy – if a game was on and I was in the airport. 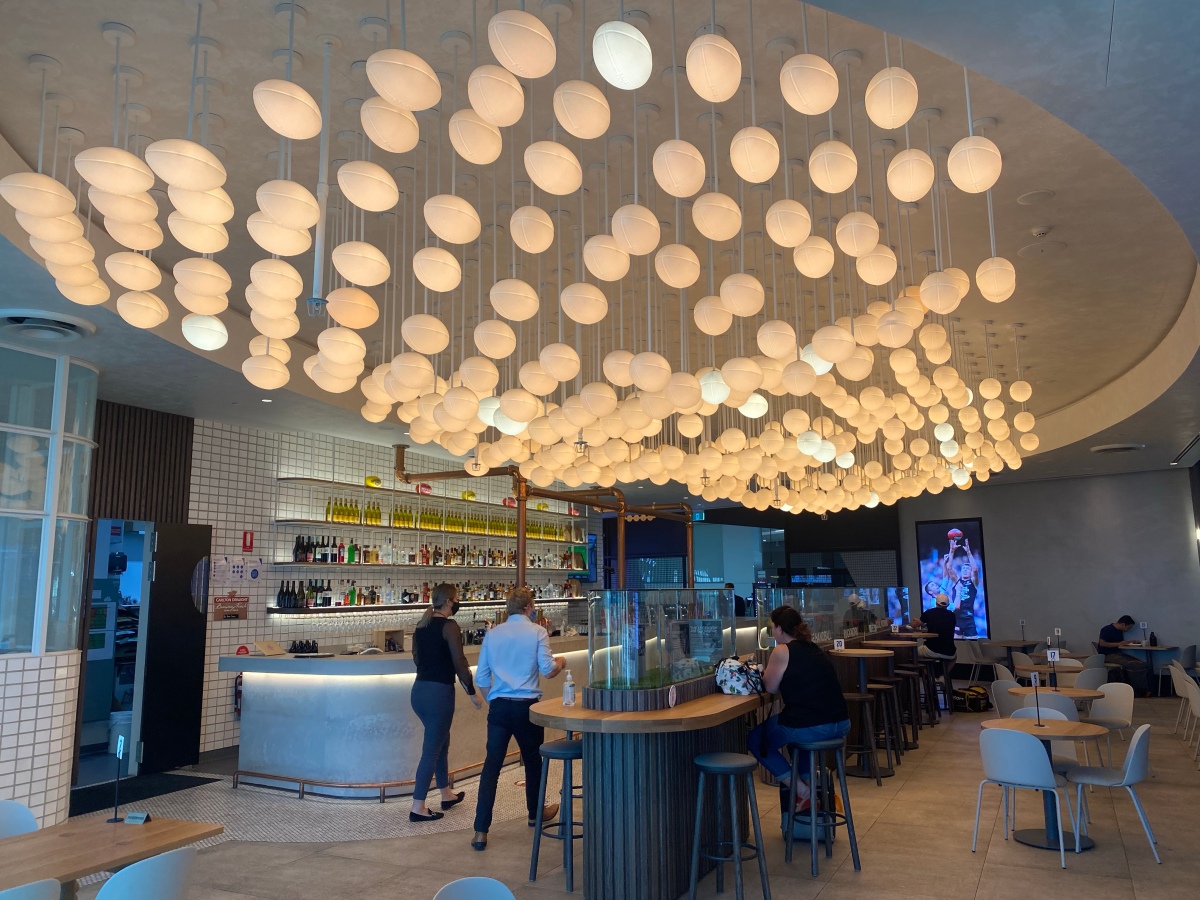 They’ve got the Carlton Tank fresh beer set up. The rest of the taps are Goat, 4 Pines Refreshing, Balter XPA and Great Northern. Yep $15 for a pint of Carlton. Didn’t check the food menu. Needed to scan a QR code. Couldn’t be arsed. So for mine T3 isn’t threatened by a long shot. 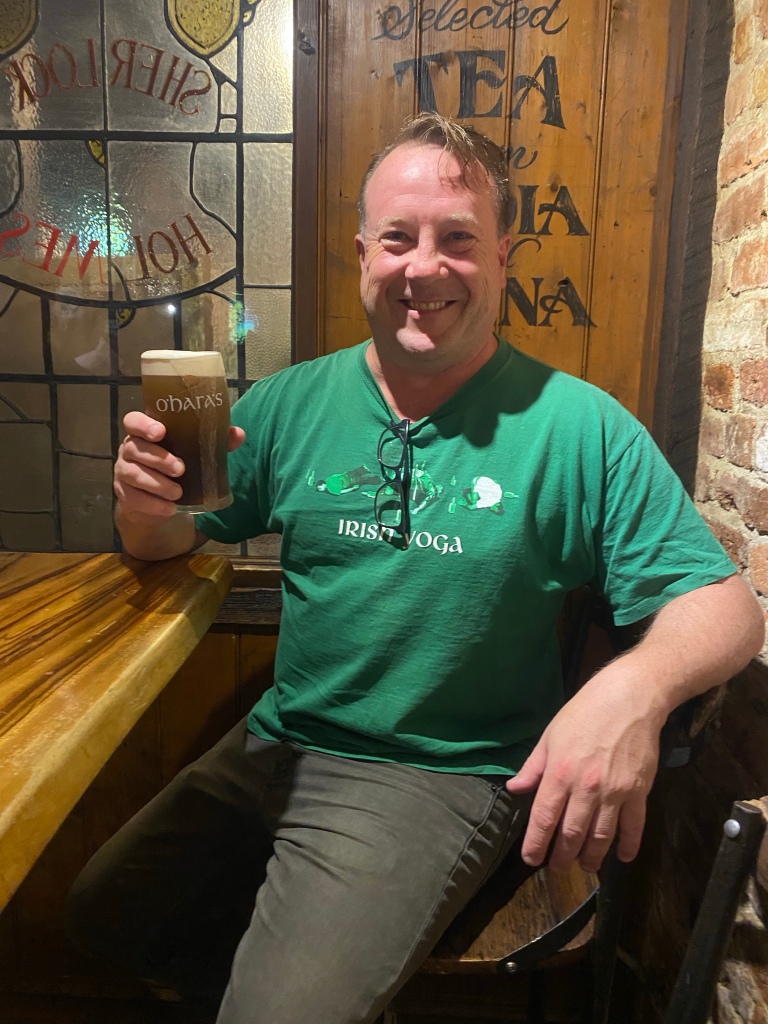 Oh – and I managed to find a Guinness in the CBD. The dependable Sherlock Holmes was open and celebrating Paddy’s Day with gusto. I did change up the tradition with an O’Hara’s nitro red. Beautiful. And the Irish Yoga shirt still fits.