Flights between Melbourne and Sydney were thrown into chaos yesterday with Sydney being belted by a “once in a century” storm. (Seems to be a more than the occasional “once in a century” weather event lately, but that’s another story). To make sure I made it back to Sydney at all, I made it to Melbourne Airport early and some time to check out the 2018/19 iteration of Stomping Ground‘s T3 1/2 Bar. 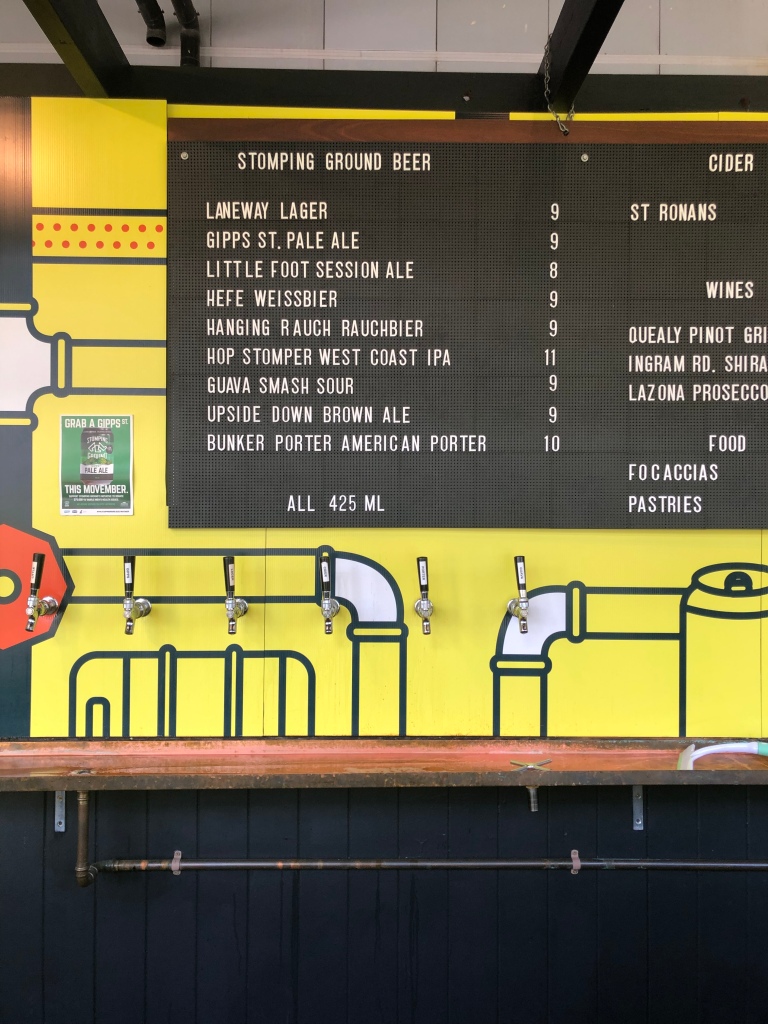 There’s no point messing with a brilliant idea and Stomping Ground have brought back all the elements of last year’s iteration. Coffee, food truck, snack and plenty of taps pouring Stomping Grounds beer. Nothing more to add really, and Australia’s best airport drinking experience is back.

Whilst I missed the worst of the rain and wind, I was able to enjoy one the best white knuckle rides on the Back of the Ferry. Waves were breaking in the gulf between North and South Head and there seemed to be swell in all directions. Our skipper took us a long way out before executing a masterful left hand turn to enable us to surf into Manly. Troughs were overhead, but the Ferry handled them brilliantly. We also managed the swell well not spilling a drop. Truly the World’s Best Commute.