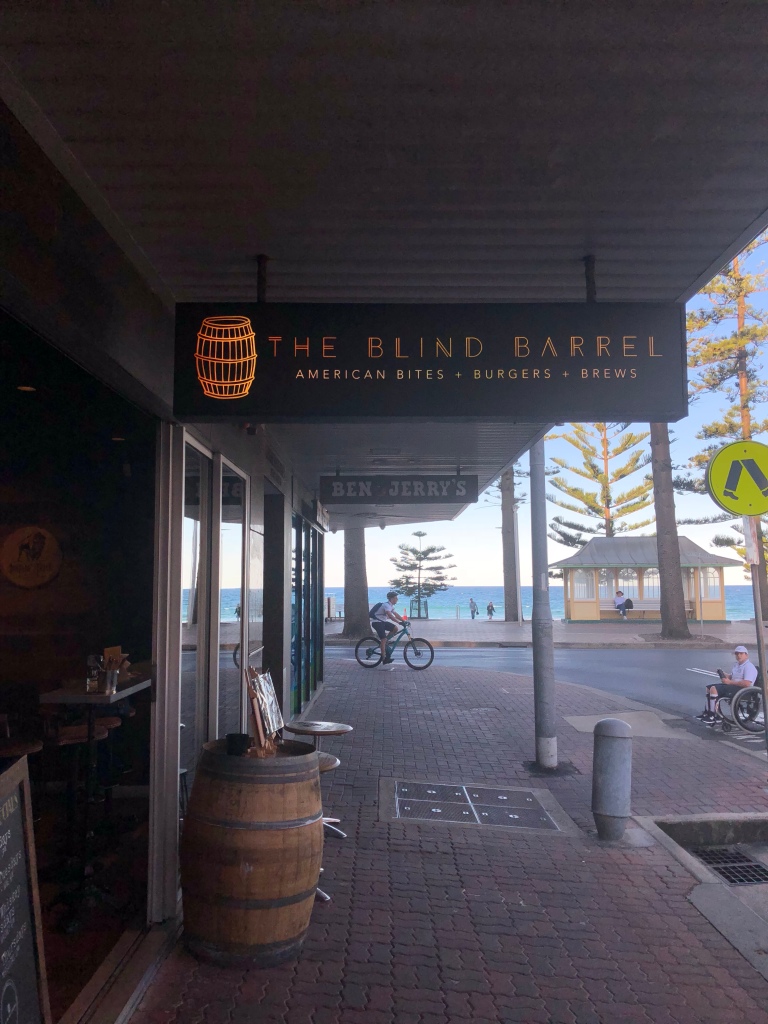 As summer rapidly approaches, Manly has been hit by a Tsunami of new bars and restaurants. It is just about impossible to keep up. Above the relatively old Queen Chow, Sake and El Camino Cantina opened on the weekend. The Green House has taken over the Shore Club site next to White Water. Peanut Butter Jelly has opened two doors down from Hawkesbury Brewing Co and Pocket Pizza has relocated to bigger premises on Pittwater Road. There’s even another masochist having a crack at the old Murray’s at Manly site. So no shortage of choice then. 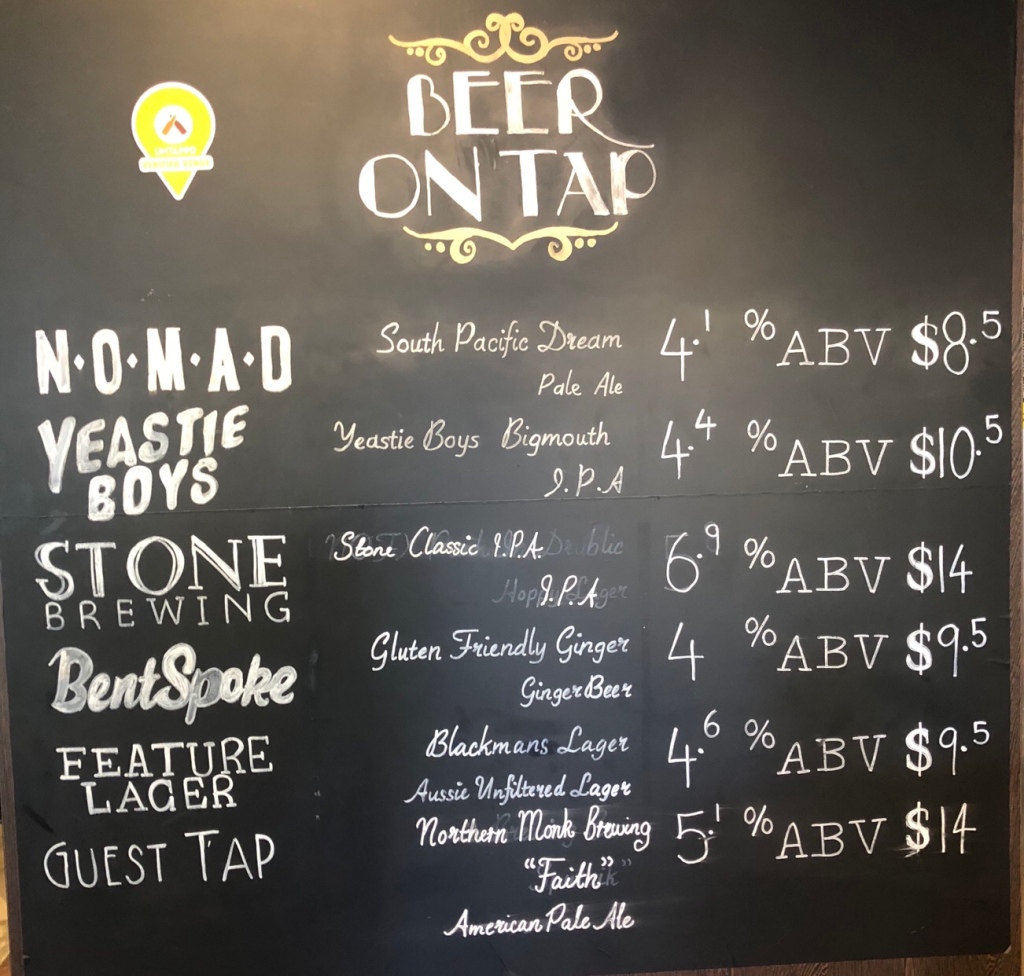 Another new venue is the modestly sized “The Blind Barrel“. Can’t remember what preceded this new venue, which is a door or two down from Ben & Jerry’s. Whilst not directly on the beach front, ocean views are available from the stools on the window front or chairs on the street. The Blind Barrel’s tag line is “American Bites * Burgers * Brews”. I visited on a Monday night so opted for the $16 burger and beer special.

There are 6 beer taps and they packed some variety into that number. Nomad, Yeastie Boys, Stone, Blackmans, BentSpoke and a new brewery for me – Northern Monk of Leeds, England. Trying “Faith“, Northern Monk’s American Pale Ale, gave me the rare opportunity to check in an @Untappd “Triple Bagger” – new beer, new brewer in a new venue. The Blind Barrel takes it’s beer seriously and is already an @Untappd Verified Venue.

The menu looks very good. Plenty of snack plates, which is all the rage and as you’d imagine a range of burgers. My cheese burger was solid with a really decent pattie. Just can’t imagine this place won’t go well.