A favourite pub for sport spectating at lunchtime for this correspondent is the Criterion. Decent pub fare and plenty of screens (so long as it’s not Fox 1 – go figure) – many a first session or NBA game has been witnessed here. It’s part of the PJ Gallagher’s Irish Pub empire – but it’ll always be the Criterion to me. 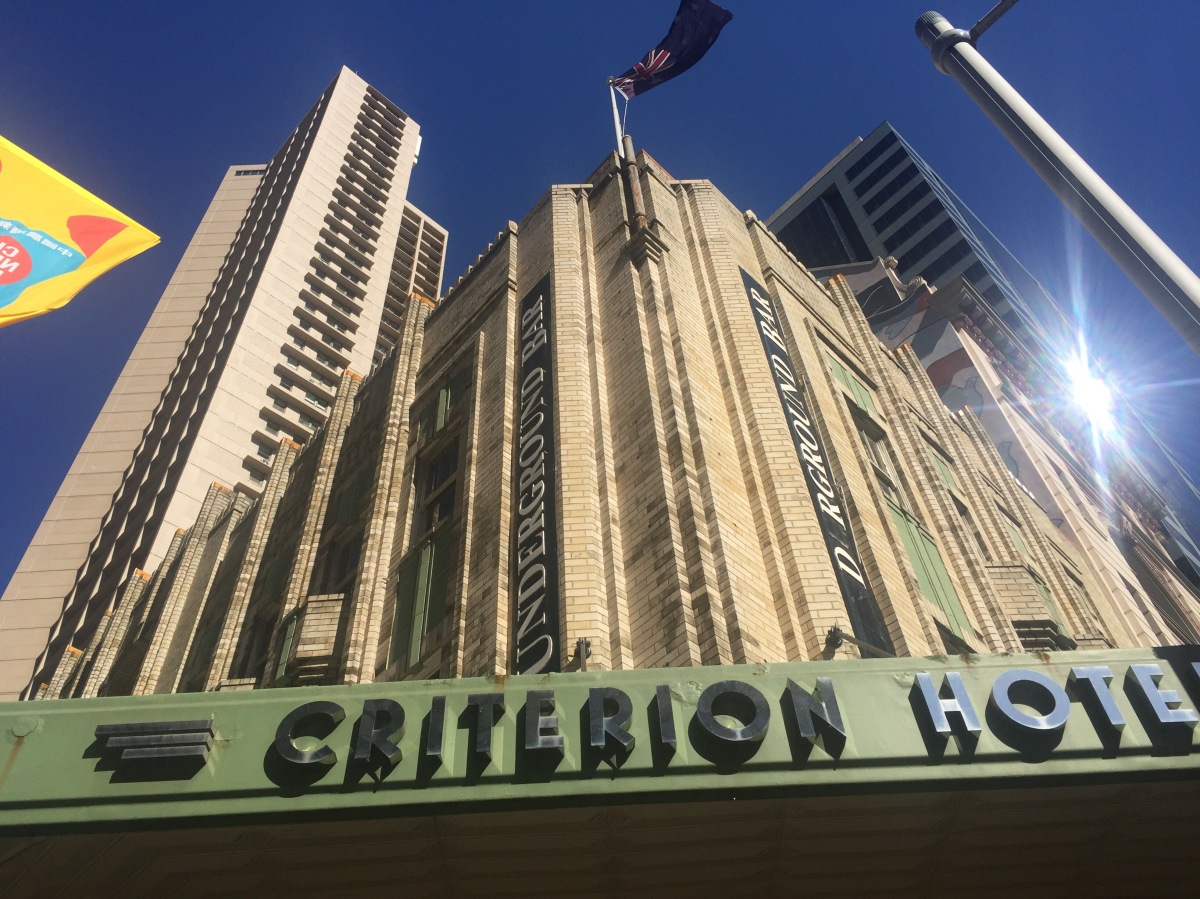 A craft beer venue it decidedly is not. Yes, Little Creatures Pale and 150 Lashes is on tap, but I’ve never expected to ever check in an @Untappd unique here. That was until I spotted a bottle in the stubbie said fridge with an unfamiliar label.

I asked the barmaid if I could have a look, thinking it was probably a premix or cider, but was delighted to read that it was an Irish Red Ale. As she returned it to the fridge, I noticed that the Sunburnt Irish Red Ale had 3 mates. In striking looking bottles were:

All four varieties were very good, with the Howling Gale being a real standout. The beers are made by Eight Degrees Brewing, which can be found in County Cork, Ireland. According to the website, the brewers are a Kiwi and an Aussie! They pump out a serious list of seasonals in addition to their 5 standards (the four above as well as an American (not Irish?) Amber Ale. The batman at the Criterion reckons they’ve got a case to try – so you’d better get in quick. You’ve got to love globalisation though – drinking an Irish craft beer made by a Kiwi and an Aussie in an Irish pub in Australia. Get your head around that.