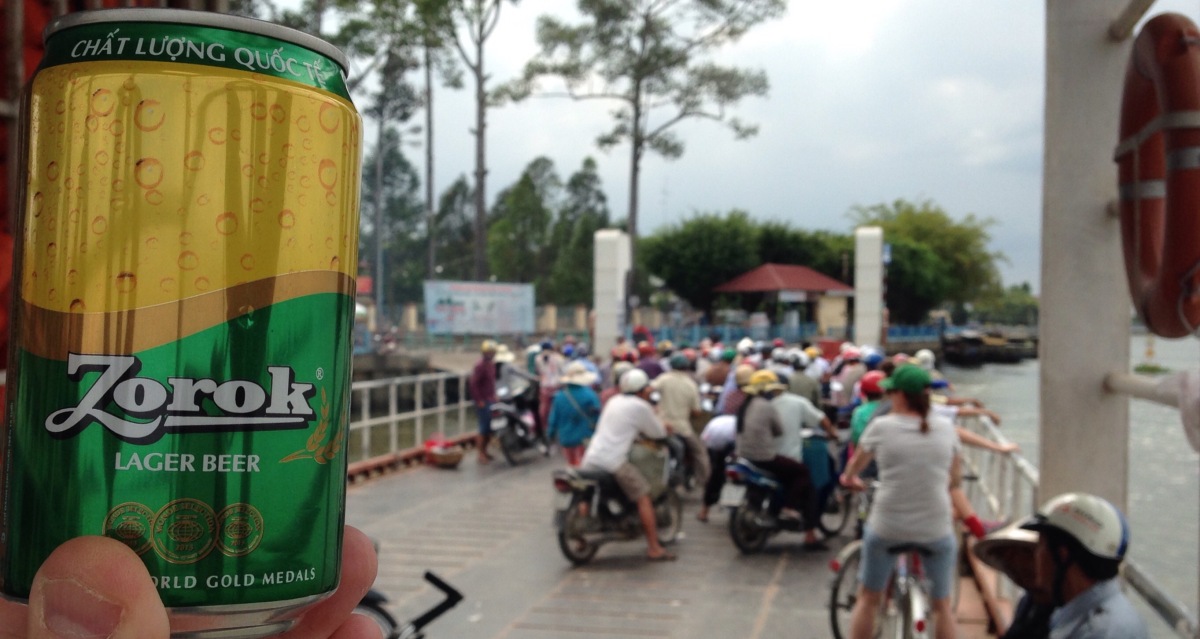 I’ve ventured to the heart of the Mekong Delta in a town called Vinh Long. We’ve covered a fair amount of territory in this part of the world travelling in a minibus from Ha Tien to Can Tho and have now spent an afternoon and morning in and around Vinh Long. It’s all about the rivers that cris cross the countryside. Towns are based on river junctions and there’s as many people on the water as there is on land.

There’s plenty of bridges but in some parts of the Delta the bridges can be too far away and the locals rely upon ferries to make river crossings. We hired bikes to ride on an island opposite Vinh Long and managed to experience one first hand. They are fabulous. There’s no time table. Two ferries just go back and forth. Whilst a couple of pedestrians make the journey, the bulk of passengers are one motor scooters. As the ferry nears shore, the locals fire up their bikes like it’s the start of Phillip Island. We witnessed at least four similar operations around Vinh Long and Cai Be. There is a very big bridge that crosses the Mekong some way west of the city, to which Australia contributed 66% of the cost and plenty of the expertise. Doesn’t appear to have dented the support for the Vinh Long bike ferries. 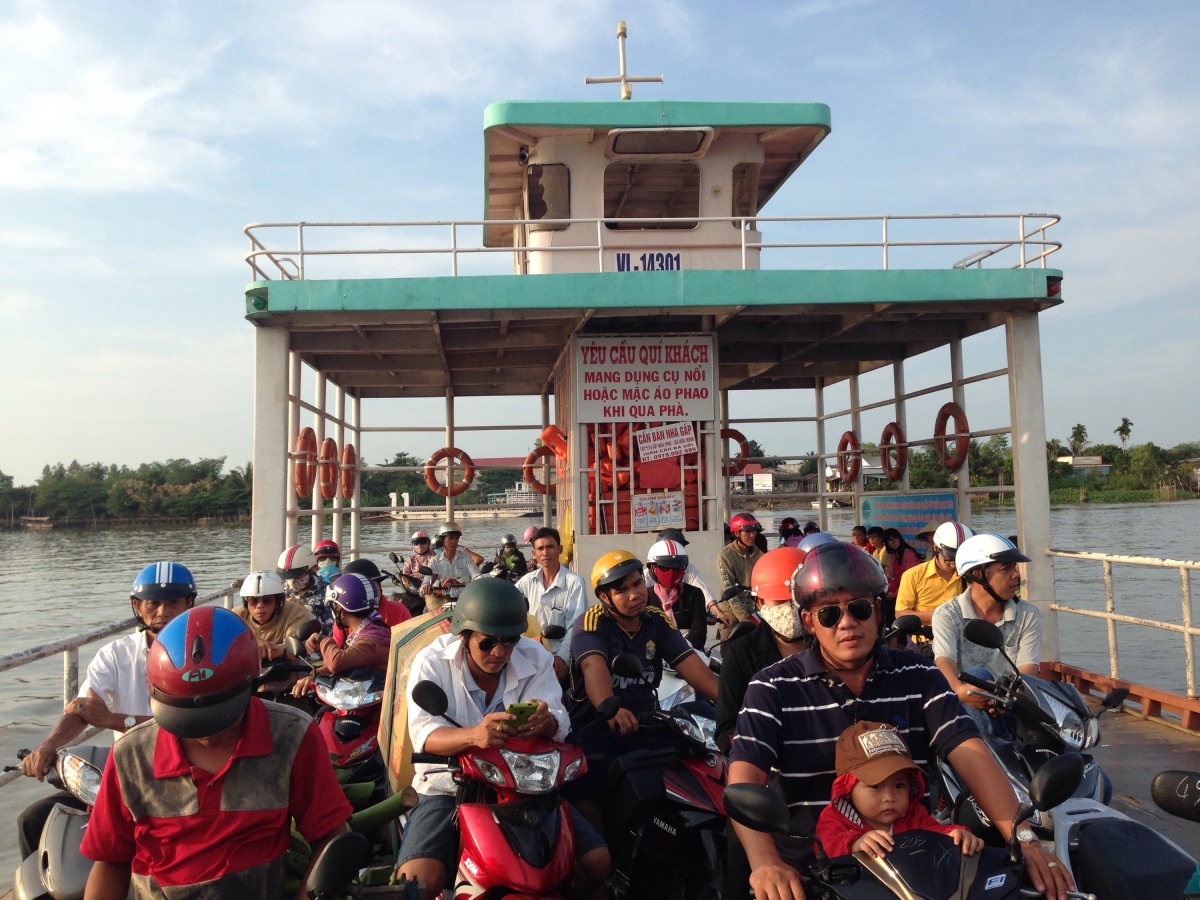 Whilst it isn’t dry, this part of Vietnam is pretty ambivalent to booze. There’s no Bia Hoi and the locals just love their Ca Phes and smoothies, shakes and coffee. The hotels in Can Tho do do cocktails and you can get a beer most places where food is served – but there’s almost no stand alone bars. If you do find yourself in Can Tho, the best place for a beer (333 or Bia Saigon) or cocktail is the rooftop bar of the Kim Tho Hotel. I took in the sun set and my wingman and I were by ourselves. 360 degree reviews can be had, and they’ve conveniently placed high stools all around the rooftop’s edges. No OH&S timidity here. I visited again in the evening and the night time views, particularly of the river and the party boats are quite fine. 12 stories up gives great perspective.