Courtesy of a Crafty Pint competition, this correspondent was lucky enough to win a growler full of a beer of his choosing at the Rocks Brewery Bar in Alexandria. All I had to do was pick it up, which made the post-netball excursion’s destination a foregone conclusion (though it was always going to be on the list). Again, the drive brought inner-west memories flooding back as we drove into deepest darkest Alexandria past the old basketball stadium in Maddox Street, where many an appalling game of basketball was played in the Open Mens Grade 7 basketball competition. My team (the Sloths), played against teams called Kevin and 668 (the Neighbour of the Beast). The team names were generally the high point of the contest.

The Rocks Brewing Co has found a terrific space to combine brewing and a bar/restaurant. This place will work all year round with plenty of indoor and outdoor space. On a cruisey, mild Saturday arvo there was a broad cross section of Sydneysiders enjoying a feed and a beer. Families, groups of middle aged women, couples and a large crowd of bearded, tattoed hipster types were all getting stuck in. I’m not sure of the capacity of the brewing equipment, but it looks like there is room to expand even further – the space is big. There’s a large kitchen which pumps out largely United States fare – in fact I think the menu is the same as Harts Pub. We shared a chorizo plate, which came with a smoky Romesco sauce (don’t see that often enough). The brisket roll and pulled pork roll are good, honest fare and perfect pub food. I didn’t have the chicken wings this time around, but they are genuinely hot and the real deal.

Despite all the space, there’s actually fewer taps at the Brewery Bar than at Harts or the Lord Raglan. The 10 taps are dominated by Rocks Brewing perennials and seasonals, but it is great to see another outlet for Doctor’s Orders Brewing. I had a crack at the Doctor’s latest “Vaccine” is a “100% Wheat Wasabi Porter” and pretty much like anything the Doctor produces is truly unique. It is a very good porter, but at the time I couldn’t really pick up the wasabi. The beauty of the @Untappd community came to the fore and I was advised (constructively) by a couple of folk to wait for it to warm up a little. I hope that I get to try it again and learn from the advice. 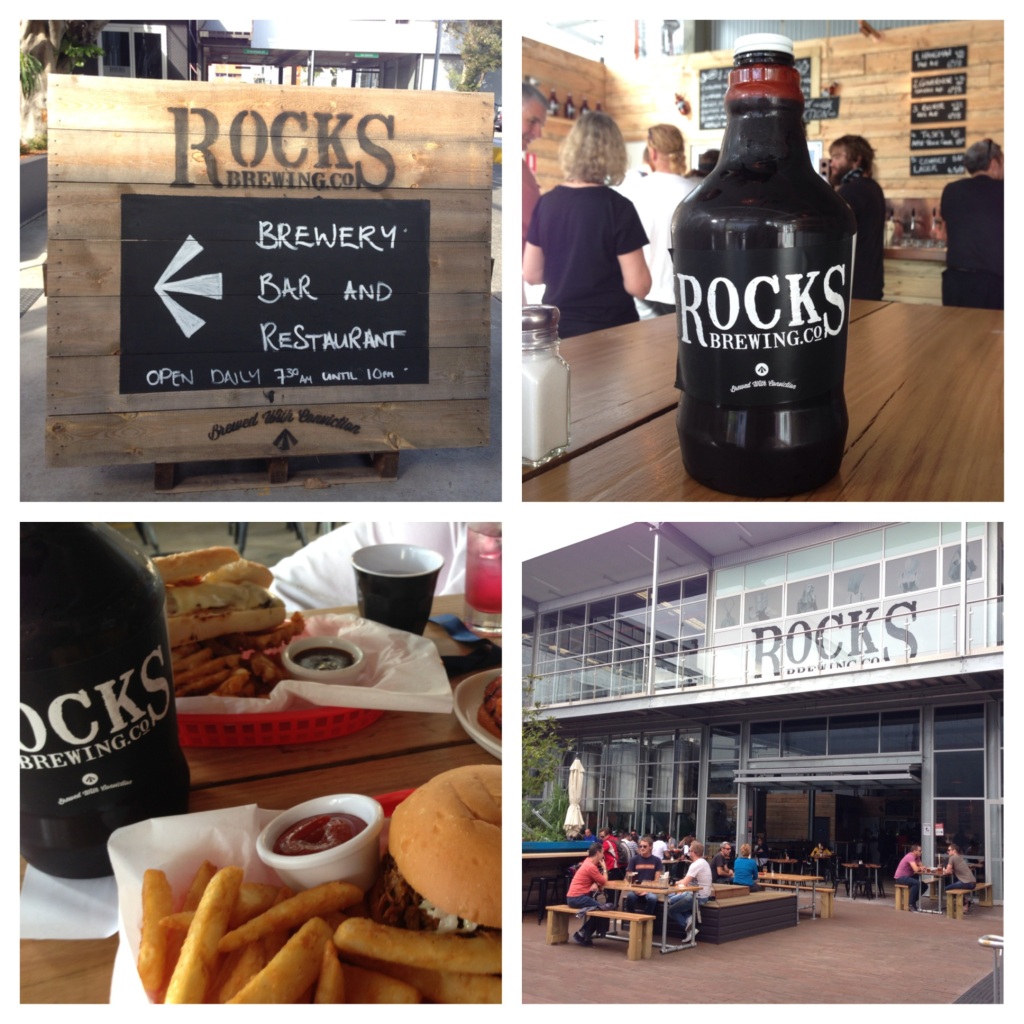 Winning growler amongst other things

Clearly, Rocks Brewing are taking advantage of their new capacity and their seasonals are becoming more frequent. I’d already tried the Conviction Series Wet Hop Dark Ale and was intrigued by the title of their newest in the Conviction Series – “One Shot Caffeinated Red Ale”. This is an Irish Red Ale “infused with Vella Nero Espresso”. This is a beautiful beer and should be a winter staple. It is warming and rich with the right balance of coffee and malt. It finishes smooth and is very sessionable at only 4.2%. I hope to see this at Harts throughout winter – perfect to starting knitting a beer vest before hopping on the back of a cold ferry.