New South Wales’ unbelievably warm late winter and early spring weather has had some very destructive consequences. On Wednesday, fires rages to the North, West and South of Sydney and at around 4pm an apocalyptic cloud cover darkened the city. 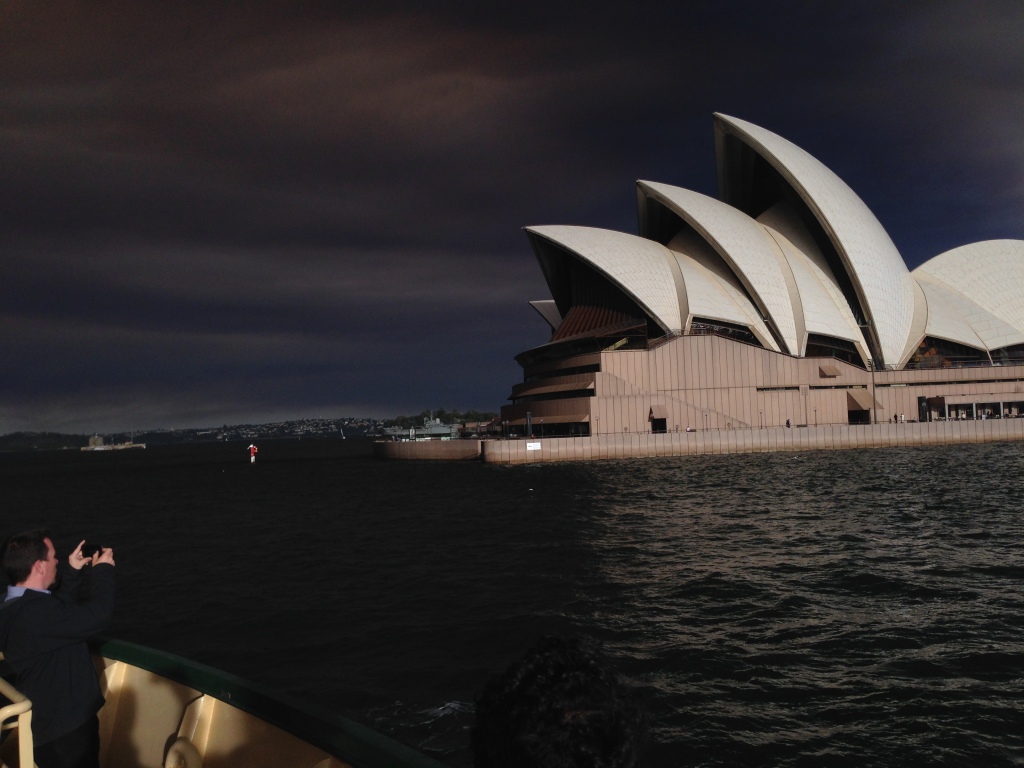 By the time the old crew had assembled on the 6pm ferry, the freakish wall of purple cloud had started to move north east and was being replaced by clear blue. With the sun shining low from the west and the skies immediately above still a swirl of purple and grey, Sydney Harbour took an eerie hue. All passengers were mesmerised by the sights as familiar silhouettes took on different appearances with such unique backdrops. 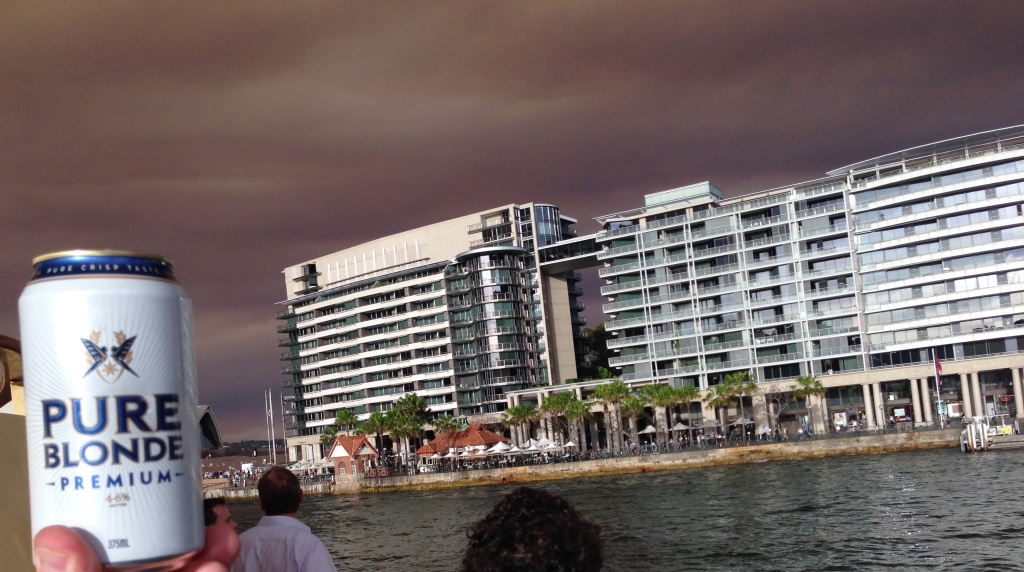 As our eyes were constantly drawn skywards we noticed for the first time – though it has probably been fluttering there for ever – a unique flag. Back of the Ferry’s most scientific correspondent (Lamb0) subsequently determined that it is the House Flag of Sydney. Nice one. 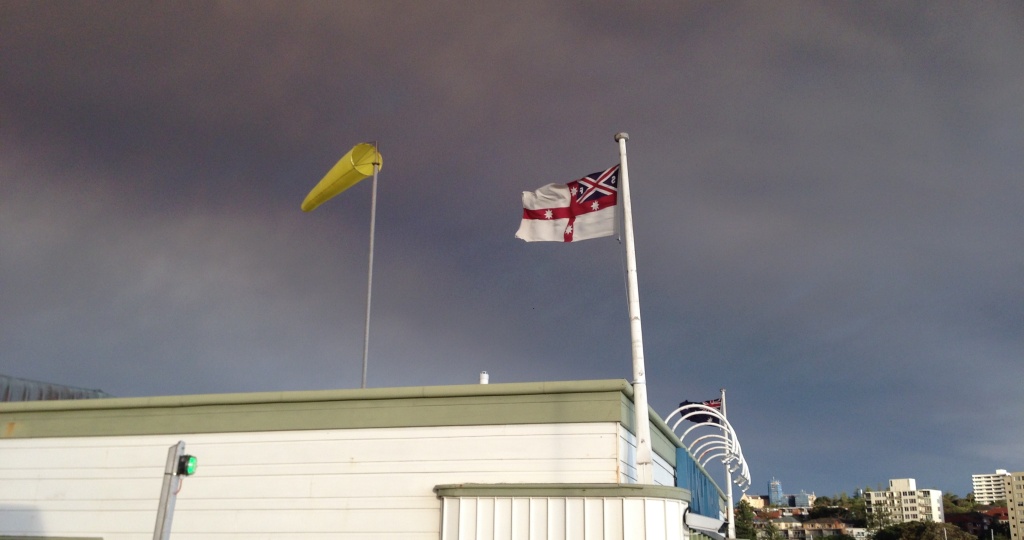