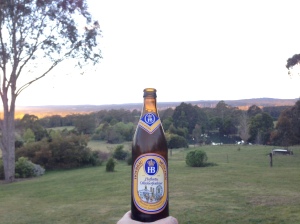 This correspondent has just spent a wonderful weekend in and around Robertson. Robertson provides access to some wonderful sights such as Belmore Falls and the Macquarie Pass National Park. Most people know it, however, for what I believe to be Australia’s ugliest Big Thing. Australia has got the Big Merino, the Big Pineapple, the Big Cow, the Big Banana and the Big Oyster to name but a few. Robertson “boasts” the Big Potato. Apparently modelled on the Sebago variety, the Big Potato is a concrete monstrosity on the Illawarra Highway. There’s no entry door or tunnel with information about potatoes – just a great big lump of concrete painted dark brown. Most people I know that have seen it think that it looks like another big thing that’s dark brown. 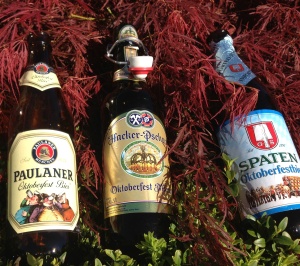 My visit to Robertson coincided with the start of Oktoberfest. Good old Aldi came to the party with a very solid four pack of Oktoberfest Beers. Normally I eschew four packs, but the Germans love their 500ml bottles and all four varities came in that generous size. Aldi was also selling other German food stuffs including canned Pork Goulash, Meatballs and an intimidating glass jar of presswurst. A keg of Paulaner Hefeweizen is also a good way to celebrate Oktoberfest. 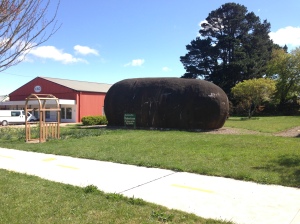 I love any swing top bottle, and Hacker Pschorr beer always comes in a swing top. Their Oktoberfest Marzen is no different and just looks a treat. According to their website, each of the six “traditional” Munich breweries make a special beer for Oktoberfest and only these breweries can call a beer Oktoberfest Beer. The Hacker Schorr won my vote for the best of the quartet. Spaten great and the Paulaner label sums up the merriment of the Oktoberfest celebrations. The Hofbrau variety was pretty powerful, but for mine the alcohol actually gave it an overly spirituous taste. Still, not sure how many of these four packs there are around – but if you see one – grab one and celebrate a terrific beer event. 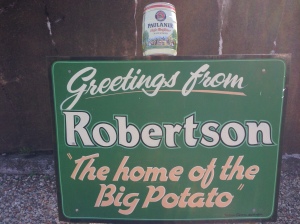