Your correspondent is spending a long weekend on NSW’s Central Coast. Two doors down from BotF’s hacienda is an Indian Restaurant in a most unlikely location. Between houses is the Rajdhani Indian Restaurant, which, if its sign is to be believed, has an impressive pedigree. It’s a big honour for a humble suburban restaurant in Terrigal, but after sampling the menu, it is well deserved. The lamb vindaloo and lamb sheesh kebabs were standouts and the complimentary mango and coconut ice cream was a fine finish. We went for the family friendly early sitting and am glad we did. The locals were pouring in and there was takeaway flying out the door at a rate of knots. Will be back. 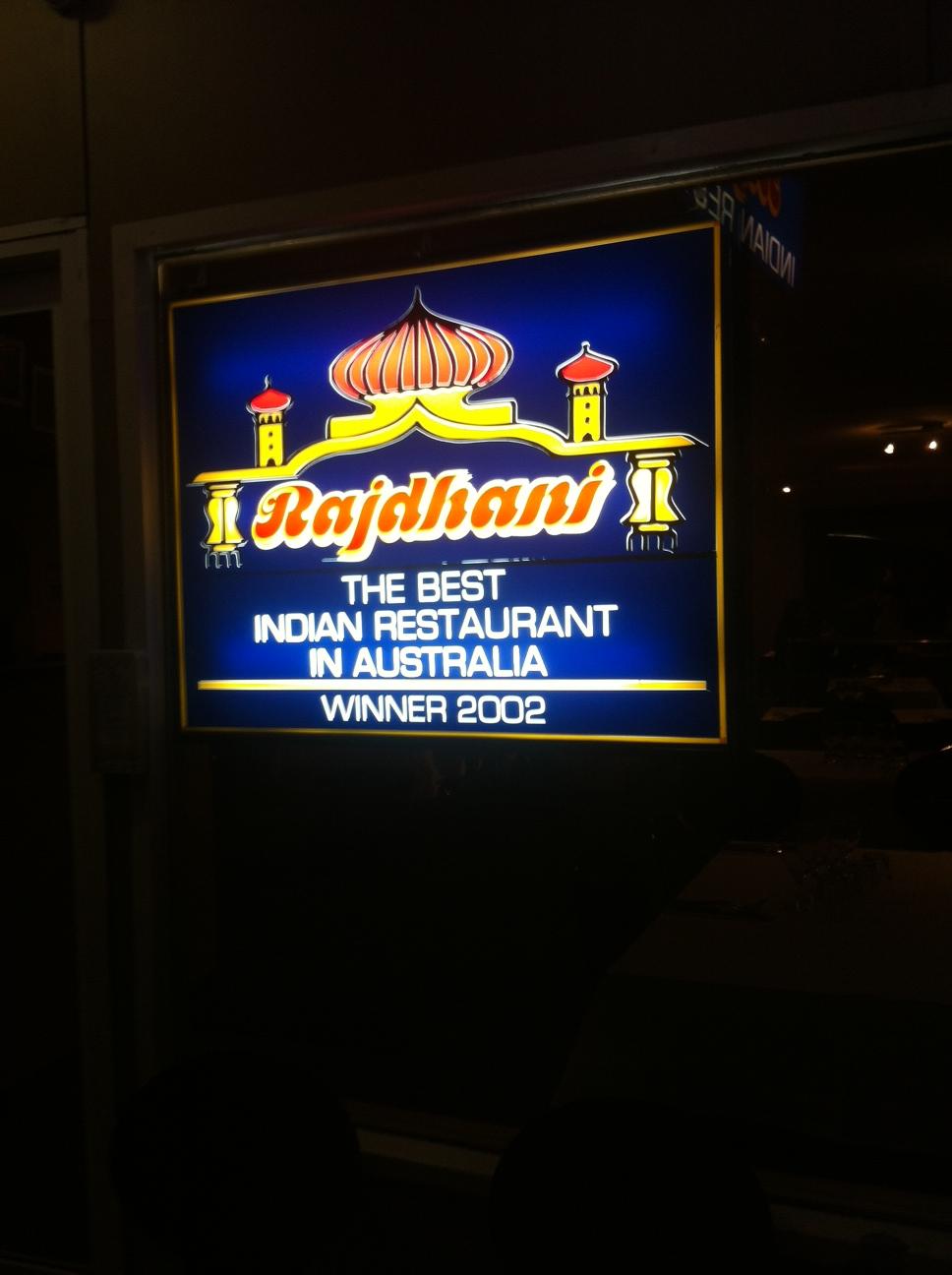 The Rajdhani is BYO and I took a single stubbie of Sierra Nevada’s 2012 Bigfoot Ale, which is a barley wine. This is another style of beer that originated in the UK that has been dialled up to 11 by the Americans. Looking through the list on Beer Advocate, this variety might actually be one of the milder ones (hard to believe). It’s a coma inducing 9.6%, but that’s pretty tame when many get into the double digits. Bigfoot is a fierce beer. It is squintingly better, and there’s a real viscousness to the mouthfeel. The hops lasts forever and if you are only going to take one stubbie to dinner this is a good one, because it isn’t a sculler. Why is it called barley wine? The only theory I can find is on Wikipedia, which because it is as strong as wine, it is called barley wine. 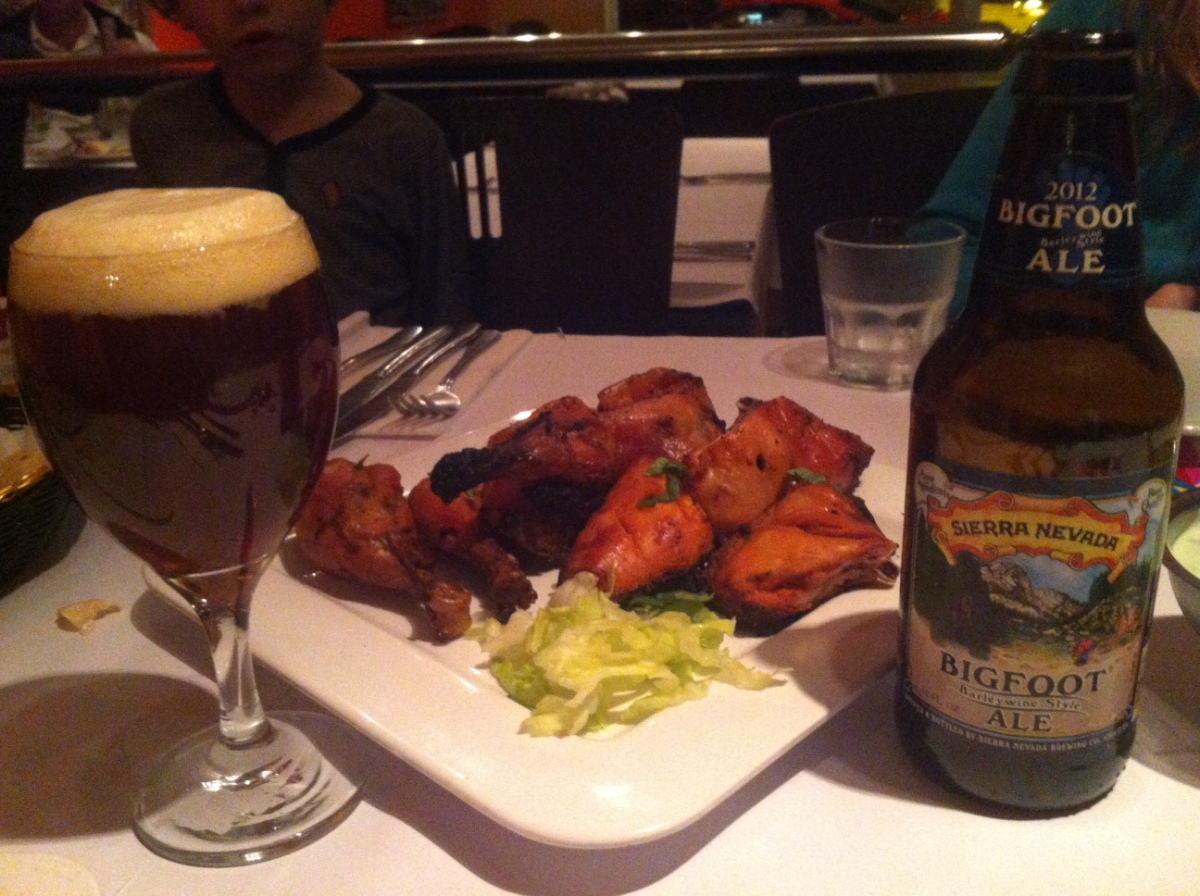